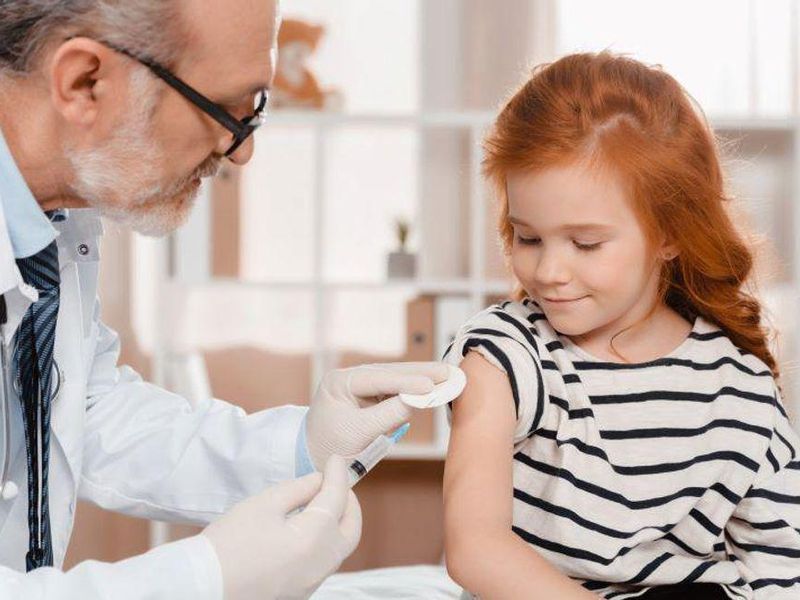 Study Probes Links Between Vaccines and Asthma in Kids, With Inconclusive Results

Aluminum in childhood vaccines has long been the cause of speculation about a potential link to allergies and asthma, but a new study designed to figure out whether there might be a connection did not come to a definitive conclusion.

While the federally funded study found a possible link, experts noted the research has important shortcomings.

And the lifesaving benefits of vaccines are still likely to outweigh the asthma risk, even if researchers confirm a link later, lead study author Dr. Matthew Daley, an associate professor of pediatrics at the University of Colorado School of Medicine, in Aurora, told the Associated Press.

Some health experts expressed concern that the research might needlessly scare parents.

Among the issues were that the study had inconsistencies, such as in a subset of thousands of fully vaccinated kids in which more aluminum exposure didn't increase their risk. Another concern was that the study didn't account for diet, environment or air, which are other ways children are exposed to aluminum, the AP reported.

Aluminum-containing vaccines “do not account for the overall trends that we see,” the U.S. Centers for Disease Control and Prevention, which funded the study, said in a statement, the AP reported.

To study the issue, the research team included 327,000 U.S. children born between 2008 and 2014. The researchers studied whether the children had received vaccines that contained aluminum before age 2 and whether they developed asthma between the ages of 2 and 5.

The investigators found that the children who received all or most of the recommended vaccines had at least a 36% higher risk of being diagnosed with persistent asthma than those who received fewer vaccines.

The team worked to account for race and ethnicity, prematurity and other health conditions, such as food allergies.

The researchers were not able to address how much aluminum children consume with breast milk, infant formula and food.


The study also looked at whether children who had eczema, a skin condition that can be an earlier indicator of asthma or allergies, were more sensitive to aluminum-containing vaccines. About 14,000 of the children in the study had that condition.

The researchers did find signs of greater sensitivity to asthma in the kids who had eczema. For each milligram of aluminum received through vaccines, the persistent asthma risk rose 19% for kids without eczema but by 26% in those with the skin condition.

About 4% of U.S. children younger than 5 have persistent asthma.

Aluminum in vaccines triggers stronger immune protection and has long been considered safe. It has been used in some vaccines since the 1930s, the AP reported.

Still, rates of allergies and asthma in U.S. children have increased, starting around 1980. They leveled off in about 2010.

Experts were divided over the value and harm of the findings.

“This is public health at its best. They are making every effort to find any possible signal that may be a concern,” Michael Osterholm, director of the University of Minnesota's Center for Infectious Disease Research and Policy, told the AP. “It's our job to exhaustively examine that to see if that's true.”

Osterholm did acknowledge that the study may be used by anti-vaccine activists for claims not supported by the study.


Dr. Sarah Long, a professor of pediatrics at the Drexel University College of Medicine in Philadelphia, told the AP, “I believe in complete transparency. If you've asked a question and here spent our [taxpayer] money to [investigate] that question, I think the results should be aired in all of its warts and glory.”

But Offit expressed concern that the study's limitations meant it has “added nothing to our understanding of vaccines and asthma.”


Daley said if the results are later confirmed, it could lead to redesigned vaccines.

The findings were published online Sept. 27 in the journal Academic Pediatrics.

The U.S. National Library of Medicine has more on asthma in children.