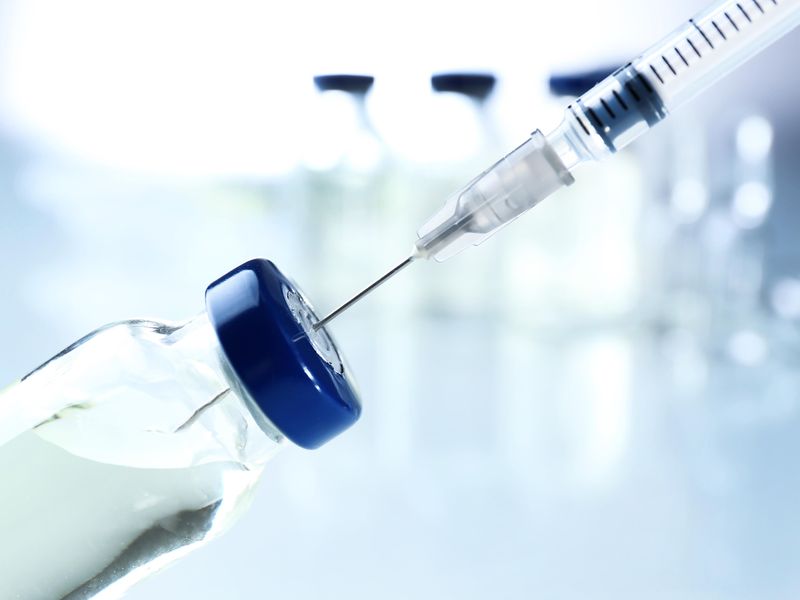 Another Reason to Get the Flu Shot: Lowered Risk for Stroke

As flu season approaches, a new study is pointing to a possible bonus from vaccination: a lower risk of stroke.

Researchers in Spain found that among nearly 86,000 middle-aged and older adults, those who got their annual flu shot were less likely to suffer an ischemic stroke over the next year.

Ischemic strokes, which account for most strokes, are caused by a blood clot that diminishes blood flow to the brain.

The risk reduction linked to the flu shot was not huge: On average, vaccinated people were 12% less likely to suffer a stroke compared to their unvaccinated counterparts.

But senior researcher Dr. Francisco Jose de Abajo pointed to the bigger context: A huge number of people worldwide suffer a stroke each year, and a huge number get -- or could get -- a flu shot.

So even a modest protective effect from vaccination could translate into a substantial number of strokes averted, said de Abajo, a professor at the University of Alcalá in Madrid.

That assumes, however, that the flu shot does directly lower stroke risk.

The new findings, published Sept. 7 in the journal Neurology, do not prove that. They show only an association between flu vaccination and lower stroke risk.

It's difficult, de Abajo said, to account for all the differences between people who get a yearly flu shot and those who do not. People who get the recommended vaccinations are likely, for example, to be health-conscious in many ways -- eating healthier, exercising or taking medications to get conditions like high blood pressure or high cholesterol under control.

But researchers accounted for the differences they could, including body weight, smoking and chronic health conditions. And the link between flu vaccination and lower stroke risk held up.

They also looked at whether people who received another recommended vaccination -- the pneumococcal vaccine against pneumonia -- had a lower stroke risk. It turned out they did not.

That's one of the strengths of the study, said Dr. Mitchell Elkind, a professor of neurology at Columbia University in New York City. He co-authored an editorial published with the study.

If getting vaccinated against the flu is simply a marker of better health or greater health consciousness, Elkind said, then you'd expect other vaccinations to be tied to a lower stroke risk, too.

Why would a flu shot help ward off a stroke?

It's known, de Abajo said, that flu infection can temporarily raise the risk of stroke in vulnerable people. So in theory, a vaccine that helps prevent the flu would, in turn, prevent some strokes.

But there may be more going on, as well, the experts said.

The study found that stroke risk went down quickly after people were vaccinated -- within two weeks to a month. And the benefit emerged during the "pre-epidemic" period, between September and the annual flu surge. That's a time when people would be getting their flu shots, but the virus would not yet be widely circulating.

It's possible, Elkind said, that the vaccine reduces inflammation or has other beneficial effects on the blood vessels. But more research is needed to answer those questions, he said.

The findings are based on adults ages 40 to 99 whose medical records were part of a Spanish primary care database. Over 14 years, 14,322 of them suffered a first-time ischemic stroke. The researchers compared each of them with five stroke-free patients of the same age and sex.

In both patient groups, about 40% received a flu shot -- which Elkind said shows a lot of room for improvement.

And even if vaccination does not prevent infection entirely, Elkind noted, it can reduce the severity of the flu. People with a history of stroke, or risk factors for it, are among those at increased risk of severe flu complications.

The new findings, Elkind said, offer even more incentive to get the flu shot.

"We hope that studies such as ours will help to enhance public awareness of the benefits of being vaccinated," he said.

As for COVID vaccination, it's unclear whether it might help ward off strokes. But it's known, Elkind said, that COVID can promote blood clotting and increase the risk of stroke. Studies show that of people hospitalized with the infection, roughly 1% to 2% suffer a stroke.

One recent study from Korea did find that fully vaccinated people were less likely to suffer a stroke or heart attack if they contracted COVID-19, versus unvaccinated people.

The U.S Centers for Disease Control and Prevention has more on flu vaccination.