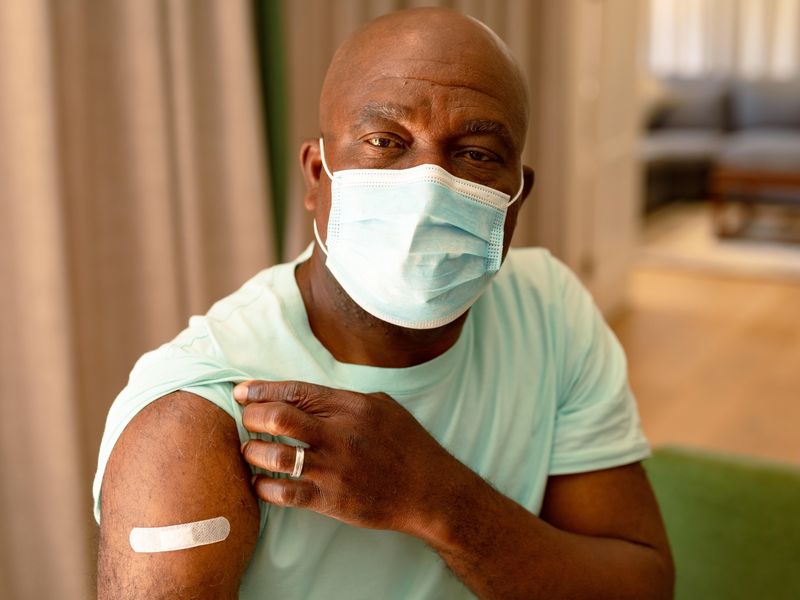 The Biden Administration plans to roll out updated booster shots that target Omicron variants shortly after Labor Day, in an effort to protect Americans against a possible winter surge in COVID-19 cases.

Dr. Peter Marks, the top vaccine regulator for the U.S. Food and Drug Administration, told the New York Times on Tuesday that his team was close to approving the updated doses for emergency use.

Although these newest boosters have only been tested in mice so far, Marks said the agency has “extremely good” data showing that the shots are safe and will be effective. “How confident am I?” he said. “I'm extremely confident.”

Dr. Anthony Fauci, President Biden's chief medical adviser, told the Times Tuesday that using animal data was “not anything different than we always do” in updating the flu vaccine each year.

Marks added that other evidence included the extensive track record with the existing vaccines and a series of earlier human trials with variant-specific formulations.

“I take great issue with those who say, ‘Oh, you're just approving this with mouse data,'” he said. “We're authorizing this with the totality of the evidence that we have.”

Both Moderna and Pfizer filed their applications for emergency use of their updated boosters this week. Moderna has begun human trials of its new vaccine, while Pfizer plans to do the same later this month.

The main target of the new shots? The BA.5 variant, which now accounts for nearly 90% of all new U.S. cases.

“We have really got to do better to protect the American public,” Fauci said. “We are in the middle of a BA.5 outbreak here, and we are nowhere near where we want to be.”

Despite that, U.S. health officials haven't managed to convince most Americans that they need more shots at this point in the pandemic. Only about two-thirds of the population has had the primary series of two shots, and far fewer have received booster doses.

And not all scientists are on board with the new boosters: Some maintain that the original vaccines provide strong protection against severe disease.

“Deaths are concentrated in unvaccinated people and people with serious health conditions,” John Moore, a virologist at Weill Cornell Medicine in New York City, told the Times. He added that the extra protection the new shots would provide against infection alone would likely be weak.

“My issue all along has been: Is there enough data to really justify the effort?” Moore said. “The potential downside is, if the public thinks that this Omicron-containing booster is some kind of magic bullet that will give them super-strong protection from infection, is there a risk that they will change their behavior to increase their exposure?”

Jeremy Kamil, a virologist at Louisiana State University Health Shreveport, told the Times that while he supports the new boosters, many people have immunity because of recent infections.

“Even if we get this out in the next 10 days, how many people are left who haven't gotten Omicron?” he said.

In a signal that the FDA may soon act, the U.S. Centers for Disease Control and Prevention has scheduled a two-day meeting of its vaccine advisory panel of experts for Sept. 1 and 2, a step that typically follows FDA authorization of vaccines. Following the meeting, CDC director Rochelle P. Walensky will make a final ruling on rolling out the new doses.

The government plans to offer the new Pfizer booster to everyone 12 and older while limiting the new Moderna shot to adults, the Times reported. People who have already received the initial two-shot series of either vaccine and those who have also received one or two booster shots would be eligible.

As of mid-August, the federal government had bought more than 170 million doses of the updated version of the vaccines, the Times reported. This month, the CDC laid out detailed plans to offer the shots, warning that the supply would be “sufficient, but finite.”

Visit the U.S. Centers for Disease Control and Prevention for more on COVID vaccines.