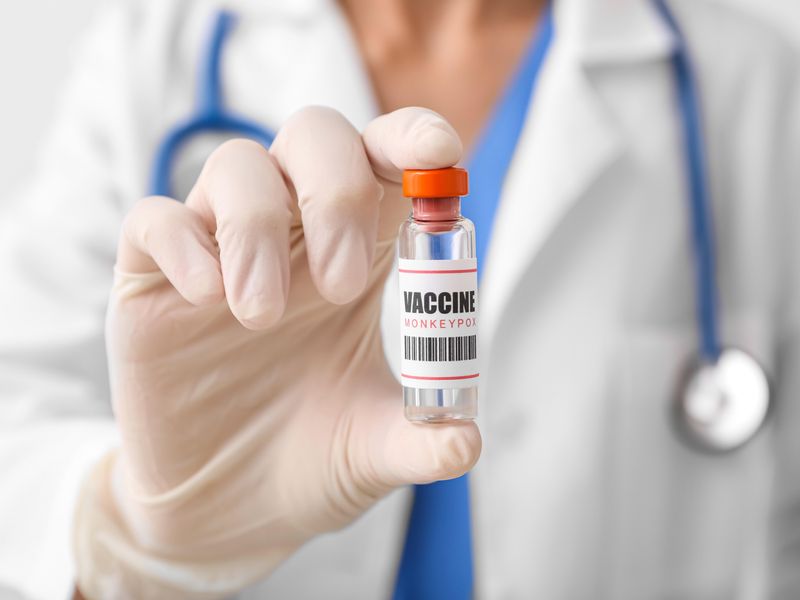 WEDNESDAY, Aug. 10, 2022 (HealthDay) -- As at-risk Americans stand in long lines across the country, trying to get the Jynneos monkeypox vaccine, U.S. officials on Tuesday announced they will modify dosing instructions for the shot to help stretch the supply.

The U.S. Food and Drug Administration said that instead of sticking with a standard subcutaneous injection, which would enter deep into tissue, the new regimen will be given just under the skin (intradermally) and at one-fifth the usual dose.

"This will increase the total number of doses available for use by up to five-fold," the agency said in a statement.

"In recent weeks the monkeypox virus has continued to spread at a rate that has made it clear our current vaccine supply will not meet the current demand," FDA Commissioner Dr. Robert Califf said in the statement. "The FDA quickly explored other scientifically appropriate options to facilitate access to the vaccine for all impacted individuals. By increasing the number of available doses, more individuals who want to be vaccinated against monkeypox will now have the opportunity to do so."

People who receive the Jynneos vaccine will still need to get two doses, given four weeks apart, since one dose appears insufficient for long-lasting protection, the FDA added.

There is evidence to back up the notion that two doses, even when given in a much smaller doses, can protect against monkeypox.

The study found that "intradermal administration produced a similar immune response to subcutaneous administration, meaning individuals in both groups responded to vaccination in a similar way," the FDA said.

People who got the smaller, intradermal dose of monkeypox vaccine had less pain during the shot, although they tended to have more redness and itchiness around the site of injection.

The new dosing rules come on the heels of the Biden Administration declaring monkeypox a public health emergency on Aug. 4. There are currently almost 9,500 known cases of the painful illness throughout the United States, with the vast majority of cases occurring among gay and bisexual men.

Close physical contact is required to transmit the disease, which has symptoms that include a painful rash on the genitals and/or anus and "on other areas like the hands, feet, chest, face or mouth," according to the U.S. Centers for Disease Control and Prevention.

From the start of the outbreak, Americans at risk for monkeypox have been frustrated by a lack of supply of the Jynneos vaccine, prompting the new dosing guidance from the FDA.

According to the Associated Press, the new rules around dosing should stretch the current stockpile of about 440,000 full doses of the Jynneos vaccine into more than 2 million smaller doses.

“It's safe, it's effective and it will significantly scale the volume of vaccine doses available for communities across the country,” Robert Fenton, the White House's monkeypox response coordinator, told the AP.

Not everyone is so sure.

“We have grave concerns about the limited amount of research that has been done on this dose and administration method, and we fear it will give people a false sense of confidence that they are protected,” David Harvey, of the National Coalition of STD Directors, said in a statement.

The intradermal technique of administering a vaccine takes more finesse than a standard injection, because the needle must go under just the top layer of skin. Still, one expert told the AP that most practitioners should be familiar with the method.

“Intradermal administration is certainly something that has been used for other vaccines, including the smallpox vaccine, which was administered to hundreds of millions of people during the 20th century,” said Anne Rimoin, director of UCLA's Center for Global and Immigrant Health.

The U.S. National Institutes of Health is also planning to conduct its own trial of intradermal administration of the monkeypox vaccine.

Find out more about monkeypox at the CDC.