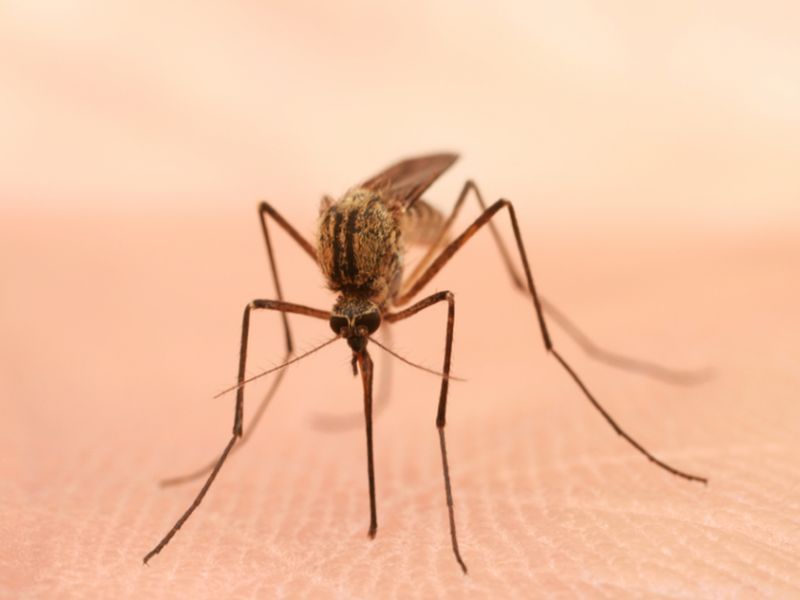 Researchers are reporting early but encouraging findings on a potential new way to prevent malaria — an old foe that still ranks as a major killer worldwide.

In a small trial of healthy volunteers, U.S. government researchers found that a lab-engineered antibody protected most participants from infection with the malaria parasite — including all of those who received a higher dose of the antibody.

The investigators also showed it was possible to give the antibody with a standard injection, rather than the IV infusions typically used to deliver monoclonal antibodies. That will be critical, the researchers said, for use in the "real world."

Experts cautioned that much work remains. But they also described the findings as an "exciting" development against a major killer of children in developing countries.

Malaria is caused by a parasite that is transmitted by certain types of mosquitoes. Despite various prevention efforts — from insecticide-treated bed nets to disease-preventing medications — malaria continues to exact a huge toll.

In 2020, more than 240 million people contracted malaria and over 600,000 died — mostly children younger than 5 in sub-Saharan Africa.

"Imagine being a parent living in a place with high malaria transmission," said Dr. Robert Seder, of the U.S. National Institute of Allergy and Infectious Diseases. "Your child could die of a mosquito bite."

Last year saw a major step in battling the disease: The World Health Organization approved the first-ever malaria vaccine, for use in young children. The vaccine, called Mosquirix, is given in three doses between the ages of 5 and 17 months, with a fourth dose about 18 months later.

While the vaccine was welcomed as a breakthrough, it is not a home run. On average, it reduces a child's risk of malaria by about 36% over four years.

"We want to improve upon that," said Seder, the senior researcher on the new study.

Creating a highly effective vaccine against malaria is difficult, Seder explained, due to the complexity of the parasitic infection.

The malaria parasite goes through different life stages in the human body. When an infected mosquito bites someone, it "spits" a small number of parasites into the blood, in a form called a sporozoite. Those sporozoites then travel to the liver, where they multiply and mature.

Eventually, the parasites make their way into blood cells, which is when they cause illness — typically a fever and other flu-like symptoms. Without prompt treatment, there can be severe complications like organ failure and brain swelling.

Seder and his colleagues have been developing a different approach to prevention: a monoclonal antibody that recognizes a protein on the sporozoite's surface, with the aim of keeping it from invading the liver. The antibody is a lab-modified version of a natural one that was isolated from a patient who'd been vaccinated against malaria.

In theory, a monoclonal antibody could work better than a vaccine, Seder said: Vaccines rely on training the immune system to produce antibodies against a foreign invader, and that response will vary from person to person.

"They're delivered at a protective dose, like filling up a gas tank," said Dr. Johanna Daily, an infectious disease specialist at Albert Einstein College of Medicine, in New York City.

Daily, who studies malaria, wrote an editorial published Aug. 4 with the new findings in the New England Journal of Medicine.

"I'm excited about this," Daily said of the antibody approach.

Monoclonal antibodies are "very specific" to the invader they're targeting, she said, and if this one can be delivered by a standard jab, that would make it feasible for use in the countries where it's most needed.

The current study involved 23 healthy U.S. adults, 17 of whom were given the monoclonal antibody, either by IV or injection. The remaining six served as a comparison group. All were voluntarily exposed, under controlled conditions, to mosquitoes carrying the malaria parasite.

Of the 17 who'd received the antibody, 15 were completely protected, showing no detectable parasite in their blood three weeks after the controlled infection. That included all volunteers given a higher dose of the antibody.

In contrast, all six people in the comparison group had parasites in their blood (and were treated with standard malaria drugs).

The antibody Seder's team used is a more potent form of one they tested in an earlier trial, published a year ago. The researchers estimate that this new version could, after one injection, protect a young child against malaria for 6 to 12 months.

"We've shown that you can give it through the standard route, instead of IV, and you don't have to give very much — which gets at the cost issue," Seder noted.

The downside of monoclonal antibodies is that they are eventually depleted, and injections would need to be repeated to get children through the high-risk years.

An upside, Seder said, is that all of the engineered antibodies are highly targeted to the parasite — versus the varied response a vaccine produces, where some antibodies are very effective and others not so much.

"It's like having a team where everyone is Michael Jordan," Seder said.

A real-world study of the approach is already underway in Mali, and another is set to begin in Kenya, Seder noted.

If the tactic proves effective, Daily said, one question will be how to fit it in with existing prevention efforts, including the vaccine. One possibility, Seder said, could be to vaccinate babies, then give the antibody as a booster — perhaps yearly, over several years.

A larger question, for both the vaccine and antibody, is whether the parasite will evolve to evade them. That's something that only time will tell, Daily said.

The U.S. National Institute of Allergy and Infectious Diseases has more on malaria.