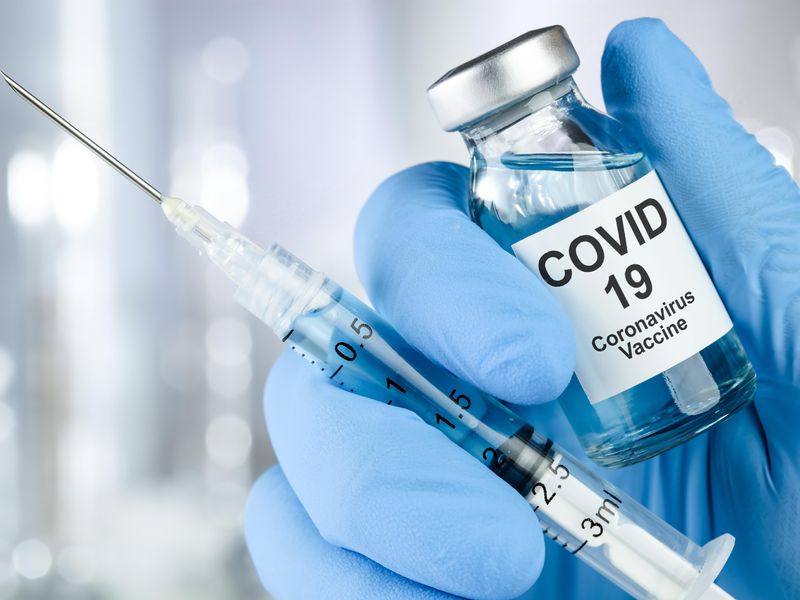 Americans could be getting updated COVID booster shots that can battle the newest Omicron variants as soon as mid-September.

People close to deliberations say that the Biden administration plans to offer a booster campaign with new formulations because the makers of the primary vaccines used in the United States -- Pfizer and Moderna -- have said they can deliver the new doses by then, the New York Times reported.

This could mean that younger Americans not yet eligible for a second booster of the original vaccines will have to wait until the fall for shots.

Some in the administration have said that use of the original boosters should be expanded now, as highly contagious Omicron variants spread, while others say the better option is to strengthen everyone's immunity in the fall with a booster that can tackle the BA.5 variant before a potential winter surge.

“I think there should be flexibility and permissiveness in at least allowing” a second booster of the original vaccine for younger Americans, Fauci said in an interview this month.

But officials at the U.S. Food and Drug Administration and the U.S. Centers for Disease Control and Prevention wanted to focus on a fall campaign with reformulated booster shots, the Times reported.

Pfizer and Moderna have said they can deliver millions of doses by mid-September, earlier than they had previously estimated, the Times reported. Still, the data on the new shots' effectiveness against BA.5 is preliminary at this point.

Despite the debate, the federal government plans to continue recommending that people who are eligible for a second booster get it now and not wait for the fall shot.

Some are concerned that people do not get their booster doses too close together, in part because the second may not work as well in close succession to the first.

“You can't get a vaccine shot Aug. 1 and get another vaccine shot Sept. 15 and expect the second shot to do anything,” Shane Crotty, a virologist at the La Jolla Institute for Immunology, told the Times. “You've got so much antibody around, if you get another dose, it won't do anything.”

“The antibodies stop that next dose from working” if the next dose is given too early, he explained — a pattern that applies to other vaccines, such as tetanus or flu shots.

Another concern was that two shots too close together might increase the risk of myocarditis, a rare heart-related side effect in young men.

There is also worry that the public may grow weary of multiple shots, as evidenced by the fact that there is less uptake of shots with each dose. Nearly half of eligible people got a first booster, but only 30% have received their second booster, CDC data shows.

The Biden Administration is working on contracts for the reformulated booster doses, with the U.S. Department of Health and Human Services making a $3.2 billion advance purchase of 105 million doses made by Pfizer, the Times reported. A similar agreement is expected with Moderna.

All adults, and possibly children, could be eligible for the new boosters.

Meanwhile, BA.5 continues to spread, causing more deaths and hospitalizations, especially among the elderly. It now accounts for nearly 82% of all new cases, according to the CDC. New cases now number about 130,000 a day, but those numbers may be much higher because people taking home tests may not report their cases, the Times said.

The U.S. Centers for Disease Control and Prevention has more on COVID-19 variants.