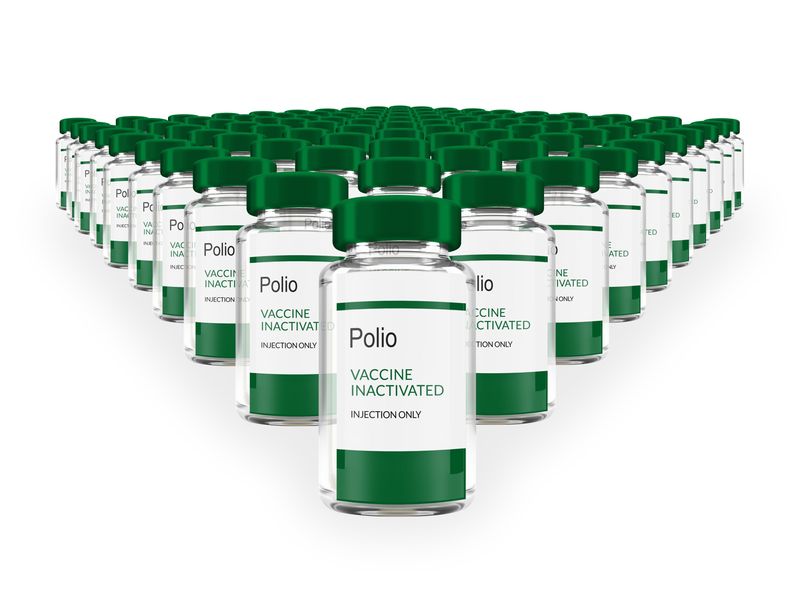 New York health officials said Thursday that the first U.S. case of polio in nearly a decade has been confirmed in a young unvaccinated adult in Rockland County.

"Based on what we know about this case, and polio in general, the [New York] Department of Health strongly recommends that unvaccinated individuals get vaccinated or boosted with the FDA-approved IPV polio vaccine as soon as possible," State Health Commissioner Dr. Mary Bassett said in a statement. "The polio vaccine is safe and effective, protecting against this potentially debilitating disease, and it has been part of the backbone of required, routine childhood immunizations recommended by health officials and public health agencies nationwide."

In the Rockland County case, the patient developed paralysis, but is no longer contagious. It is likely that the person contracted the disease from someone who had received a type of live polio vaccine administered only in other countries (the United States uses an inactivated type of vaccine that can't cause polio), the Associated Press reported. The person had not traveled recently outside the country, health officials said.

Investigators are now working to determine specifically how the infection happened and whether others were exposed, while health officials have scheduled polio vaccination clinics for Friday and Monday in New York.

“We want shots in the arms of those who need it,” Rockland County Health Commissioner Dr. Patricia Schnabel Ruppert said during a Thursday news conference, the AP reported.

Rockland County, a northern suburb of New York City, is known for past instances of vaccine resistance and had a measles outbreak that infected 312 people in 2018-2019, according to the AP.

Before vaccines became available, polio was a much-feared disease that caused annual outbreaks including thousands of paralysis cases, mostly in children.

"Many of you may be too young to remember polio, but when I was growing up, this disease struck fear in families, including my own," Rockland County Executive Ed Day said in a statement. "The fact that it is still around decades after the vaccine was created shows you just how relentless it is. Do the right thing for your child and the greater good of your community, and have your child vaccinated now."

Polio was declared eliminated in the United States in 1979. Vaccines have been available since 1955, with national vaccine campaigns that reduced cases gradually, to 100 in the 1960s and fewer than 10 in the 1970s, according to the U.S. Centers for Disease Control and Prevention.

About 93% of 2-year-old children in the United States have received at least three doses of the vaccine. The U.S. government recommends doses at 2 months, 4 months, 6 to 18 months, and finally at 4 to 6 years old, though some states only require three doses.

While most Americans are vaccinated against polio, Brown University pandemic researcher Jennifer Nuzzo said this case should serve as a wake-up call to the unvaccinated.

“This isn't normal. We don't want to see this,” Nuzzo told the AP. “If you're vaccinated, it's not something you need to worry about. But if you haven't gotten your kids vaccinated, it's really important that you make sure they're up to date.”

Polio is spread from person to person or through contaminated water. It can cause paralysis, permanent disability and death after infecting a person's spinal cord.

The disease is endemic in Afghanistan and Pakistan. It has also been found in numerous African countries, the Middle East and Asia in recent years. It was found in London sewage samples last month, causing the British government to issue a warning to parents about vaccines.

The last recorded U.S. case was in 2013, when a 7-month-old who had moved recently to the United States from India was diagnosed in Texas. That child also had the type of polio related to the live vaccine used in other countries. Still, that weakened live virus can, in rare cases, mutate into a form that can cause new outbreaks, the AP reported.

The World Health Organization has more on polio.