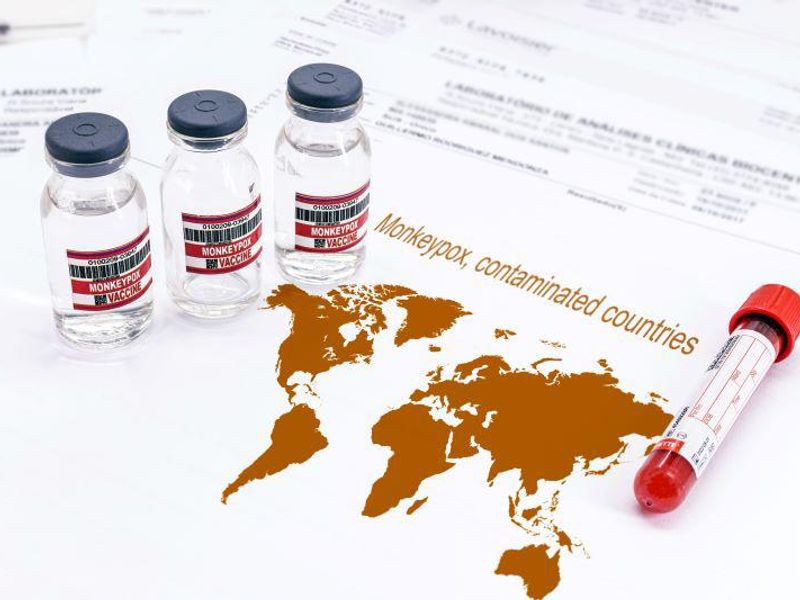 WHO Says Global Monkeypox Cases Have Jumped 77% in One Week

More than 6,000 monkeypox cases in 59 countries have surfaced since the outbreak began in May, the World Health Organization confirmed Thursday.

The United Nation's health agency reported a 77% rise in cases on Thursday, with cases in nine additional countries. So far, the cases have been concentrated in Europe and Africa. Ten countries that had earlier cases have not reported any new ones in a few weeks.

In the United States, 700 monkeypox cases had been reported as of July 7, with the most cases confirmed in New York and California.

WHO also reported two additional deaths related to the virus. Both were in parts of Africa, bringing the total number of deaths to three.

The origin of the outbreak is still considered mysterious. In the West, the virus mainly strikes men who have sex with men, officials have said. Other population groups have not had sustained transmission, the Associated Press reported..

The virus typically infects people through bites from rodents or small animals, and not through person-to-person spread. It is endemic in parts of Africa, causing fever, body aches, chills and fatigue. Monkeypox can cause a rash and lesions on the face, hands and other parts of the body in more serious cases.

With this latest weekly report, the total confirmed cases in the outbreak grew by 2,614, to 6,027.

During a speech on Wednesday, WHO Director-General Tedros Adhanom Ghebreyesus said he was "concerned by the scale and spread of the virus." More than 80% of cases had been found in Europe, he noted.

Ghebreyesus added that he plans to reconvene the WHO expert panel that is monitoring the situation by the week of July 18.