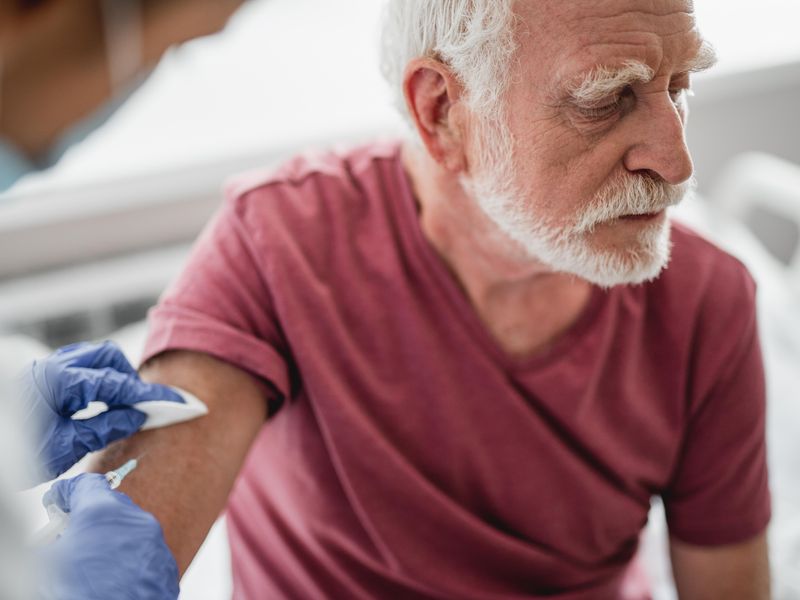 Could Getting Your Flu Shot Help Prevent Alzheimer's?

A yearly flu shot may do more than protect you from a nasty bout of influenza: New research suggests it may help guard against Alzheimer's disease as well.

People who were vaccinated at least once over four years were 40% less likely to develop Alzheimer's during that period, the study found.

"It might be that by preventing the infection or reducing the severity of infection, we're mitigating the damage that influenza can cause in the brain, especially in those 65 and older," said lead author Dr. Avram Bukhbinder, a resident in the Division of Child Neurology at Massachusetts General Hospital in Boston.

"An interesting piece of this puzzle is that it's not just the influenza vaccine that seems to have this protective effect on Alzheimer's and other dementias," he said. "Other vaccines that adults typically receive, like tetanus, diphtheria, pneumococcus and shingles, also are associated with a reduced risk of Alzheimer's. It's not quite as strong as the one that we found in this study."

Of course, this study doesn't prove that the flu vaccine itself protects the brain from Alzheimer's. But Bukhbinder said the large number of participants - nearly 1 million - is as close to proving the vaccine's protective effect as science can get.

Other factors, such as a healthy lifestyle, may play a role, but researchers attempted to eliminate the effect of these factors.

Bukhbinder suspects the flu vaccine alters the immune system so it is able to attack proteins linked to Alzheimer's that build up in the brain and kill nerve cells (neurons) around them.

"What we think might be happening is the influenza vaccine might be changing the immune system such that its response to Alzheimer's proteins makes them not as damaging to our brain," he said.

The same might also be the case for the COVID-19 vaccine but, Bukhbinder said, that hasn't yet been shown.

A vaccine advisory panel to the U.S. Centers for Disease Control and Prevention recently recommended that people 65 and older get one of the more potent flu shots designed to give older adults more robust protection.

"This extra-strength influenza vaccine, which seems to be more protective against the actual infection, was just officially recommended by the CDC, which is fantastic," he said.

He's eager to see in future studies if the more potent vaccines are even more protective against Alzheimer's.

Bukhbinder's team compared the risk of Alzheimer's among nearly 1 million people seniors who had flu shots and a similar number who didn't. At the time, Bukhbinder was a student at the University of Texas in Houston.

During four years of follow-up, about 5% of those who had flu vaccine developed Alzheimer's, compared to nearly 9% of those who were not vaccinated, researchers found.

"I think this is another compelling reason to get vaccinated against influenza," Bukhbinder said. "It's not a guarantee that it's going to stop you from getting Alzheimer's, but it really seems it's adding to the compelling nature of the vaccine."

Heather Snyder, vice president of medical and scientific relations at the Alzheimer's Association, reviewed the findings.

She speculated that the link researchers identified might come down to lifestyle choices: People who get their yearly flu shot might engage in other healthy behaviors that also reduce the risk of Alzheimer's and other dementias.

"This new study suggests that flu vaccination may be valuable for maintaining cognition and memory as we age," she said.

But it's too soon to tell if the flu vaccine by itself can lower Alzheimer's risk, Snyder said. More research is needed to understand the biological mechanisms behind these findings, she said.

"It is also possible that there are issues related to unequal access and/or vaccine hesitancy and that may influence the study population and the research results," Snyder added.

The findings, which are similar to previous, smaller studies, were recently published online in the Journal of Alzheimer's Disease.