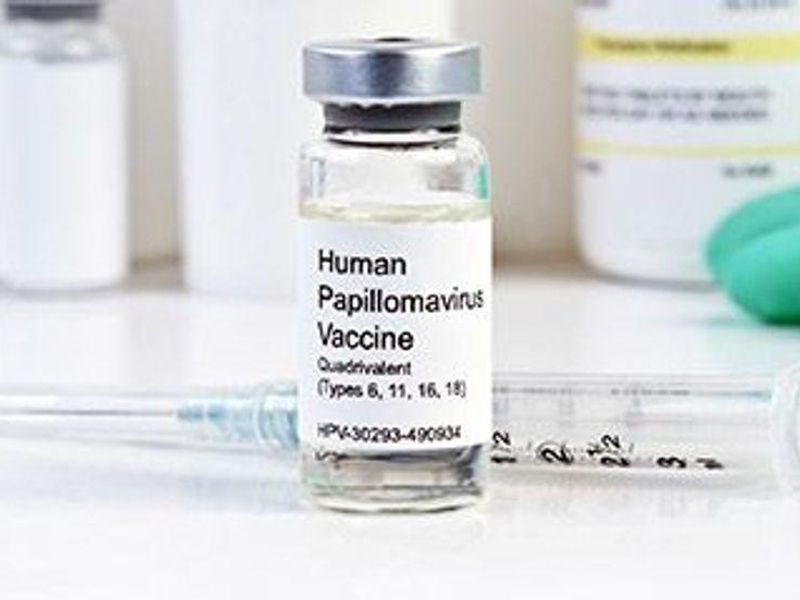 Vaccination against the virus that causes most cervical cancers has spurred a widespread reduction of infections among young Americans - including those who are unvaccinated, a new government study finds.

The study, by the U.S. Centers for Disease Control and Prevention, looked at the impact of the nation's HPV vaccination program, which began in 2006.

HPV, or human papillomavirus, is a sexually transmitted infection that can cause genital warts. While that disease is usually minor, certain HPV infections can become persistent and eventually cause cancer. In the United States, almost all cases of cervical cancer are caused by persistent infection with certain HPV strains; those strains can also cause cancers of the vagina, penis, anus or throat.

So the HPV vaccine, which protects against major cancer-causing strains, is considered an anti-cancer vaccine.

The new study found that by 2018, the vaccine had cut the prevalence of cancer-causing HPV strains by 90% among vaccinated females between 14 and 24 years of age. There was also a 74% reduction among their unvaccinated counterparts - pointing to a "herd" effect.

That refers to protection afforded to the whole population when there is a sharp reduction in circulation of a virus.

Experts stressed, however, that does not mean kids can go unvaccinated and rely on herd protection.

Herd effects only exist when a large portion of the population is vaccinated, said Dr. Rebecca Perkins, a professor of obstetrics and gynecology at Boston University School of Medicine.

Instead, she said, the findings offer more reason for parents to get their kids vaccinated against HPV on schedule.

"All of the news on the HPV vaccine is good," said Perkins, who co-wrote an editorial published with the study May 17 in the Annals of Internal Medicine. "It's one of the best things you can do for your child's health."

Other research, she noted, has shown early signs that the protection against HPV is translating into a "near elimination" of cervical cancer before the age of 30.

Since 2006, the CDC and other groups have recommended that all girls receive the HPV vaccine, starting at age 11, and that older girls and young women up to age 26 receive "catch-up" shots if they missed the earlier window. The advice was later extended to boys and young men.

By 2018, the CDC found, the prevalence of HPV strains targeted by the vaccine had been slashed 90% among girls and women aged 14 to 24, compared to the pre-vaccine era. There was also a sharp drop among young females who remained unvaccinated: Between 2015 and 2018, just under 5% tested positive for an HPV strain included in the vaccine, compared to 20% in the pre-vaccine era.

While catch-up shots are an option, vaccinating preteens - before they become sexually active and exposed to HPV - is key to making the vaccine program as effective as possible, said Dr. Ina Park.

Park, who was not involved in the study, is a professor at the University of California, San Francisco School of Medicine, and an adviser to the American Sexual Health Association.

She agreed that the signs of herd protection are welcome, but should not be misinterpreted.

"We can't let our guard down," Park said. "We still need to get as many preteens vaccinated as possible."

Before the pandemic, HPV vaccination rates in the United States had been improving. In 2020, 75% of teenagers younger than 18 had gotten at least one dose of the two- to three-shot regimen, according to the CDC.

But that rate still falls short of those for other preteen vaccinations, Park said. Plus, the pandemic has caused many kids to fall behind on vaccinations of all kinds, including the HPV shot.

Rosenblum stressed that "since this could threaten strides made in the previous decade, all efforts are needed to ensure that children and adolescents receive routinely recommended vaccinations."

Both Park and Perkins said that the HPV vaccine not only provides lasting protection against infections, but has proven to be safe: More than 270 million doses have been given worldwide, according to the American Cancer Society, and the vaccine has not been linked to any serious side effects.

"I really feel this vaccine is a home run for cancer prevention," Park said.

The U.S. Centers for Disease Control and Prevention has information for parents on HPV vaccination.