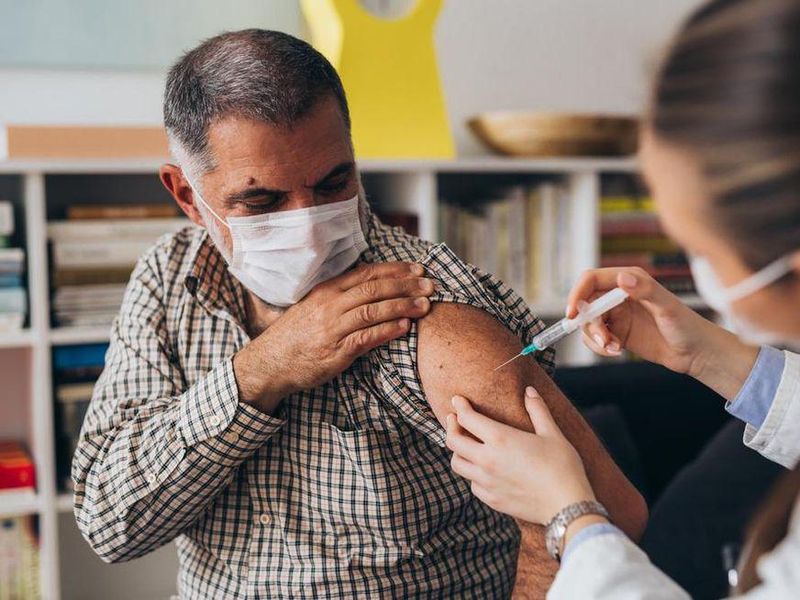 A new survey showing that nearly half of U.S. adults are not likely to get a flu shot this season has prompted federal health officials to urge all Americans to get the flu vaccines.

Even more troubling is that the poll of 1,110 respondents aged 18 and older also found that nearly 1 in 4 of those at high risk for flu-related complications said they don't intend to get a flu shot, The New York Times reported.

Overall, 61% of respondents agreed that vaccination provides the best protection against the flu, but 44% said they either didn't intend to get a shot or were unsure whether they would get one.

The survey was commissioned by the National Foundation for Infectious Diseases.

Overall vulnerability to flu could be higher in the United States this year due to "relaxed COVID-19 mitigation strategies, increased travel and the reopening of schools," the foundation's medical director, Dr. William Schaffner, told the Times.

The severity of the upcoming flu season is unclear, but other respiratory infections have already returned, Dr. Rochelle Walensky, head of the U.S. Centers for Disease Control and Prevention, said during a Thursday news briefing to release the survey data.

She noted that because last year's flu season was so mild, people don't have the natural immunity to the flu they might have gained if they'd gotten sick, the Times reported.

Everyone age 6 months and older should get a flu shot, Walensky advised.

"The COVID-19 pandemic is not over, and the risk of both flu and COVID-19 circulating could put additional strain on hospitals and frontline health care professionals," she warned.

Walensky also raised alarms about a decline in the flu vaccination rates among young children, to 59 percent from 64 percent the year before. In the 2019-2020 season, she said, 199 children died from the flu, about 80 percent of whom were not vaccinated.

This year's overall U.S. flu vaccination rate of about 52% is similar to last year's, but there's a "disparity gap" between whites (56%) and Blacks (43%), Walensky noted.

The survey did suggest that the COVID-19 pandemic has had a positive effect on behaviors that could help reduce the spread of the flu. Nearly half of the respondents said the pandemic has made them more likely to stay home from work or school if they're sick, and 54% said they would wear a mask at least sometimes during the flu season, the Times reported.

Visit the U.S. Centers for Disease Control and Prevention for more on the flu.