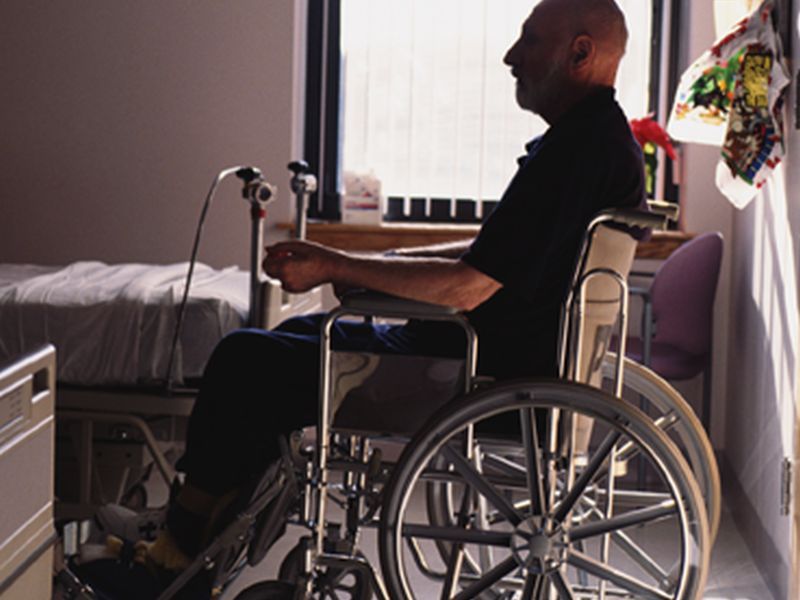 Spinal cord injuries can be devastating to the more than 17,000 Americans who suffer them each year. But many patients may have new reason for hope: Early research suggests infusions of stem cells could help them regain lost sensation and movement.

These improvements may occur within days or weeks of receiving the stem cell therapy, and can last at least six months, according to the small study.

"This is exciting because there are really limited treatment options for patients with spinal cord injury," said Dr. Griffin Baum, a spine surgeon at Lenox Hill Hospital in New York City, who was not involved in the research.

The 13 people in the study had injured, but not severed, their spinal cords. Many experienced loss of motor function and coordination and/or bowel and bladder dysfunction as a result of their injury.

Working with scientists in Japan, researchers at Yale University took mesenchymal stem cells from participants' own bone marrow, multiplied them in the lab and intravenously infused them back around 40 days after their injury. Mesenchymal stem cells are adult stem cells found in bone marrow, skin and fat tissue that can morph into many different cell types. This therapy, called Stemirac, was fast-tracked for approval in Japan in 2018 amid controversy due to lack of data supporting its use.

Twelve of the 13 people in the new study showed improvement in important sensory or motor functions by six months after the infusion, and more than half made substantial gains in walking ability or use of their hands. These improvements were illustrated by changes on the American Spinal Injury Association impairment scale, which measures injury severity, the researchers said.

According to study co-author Dr. Stephen Waxman, "The idea that we may be able to restore function after injury to the brain and spinal cord using the patient's own stem cells has intrigued us for years." Waxman is a professor of neurology, neuroscience and pharmacology at Yale School of Medicine in New Haven, Conn.

"Now we have a hint, in humans, that it may be possible," Waxman said in a Yale news release.

Exactly how, or even if, these stem cells help reverse damage is not fully understood yet, but the researchers suspect they may cool inflammation and/or develop into neurons that can replace those damaged in the injury. Because they are infused, the stem cells may affect other parts of the central nervous system outside of the spinal cord, which could also explain some of the benefits.

Importantly, the experimental treatment was safe with no serious side effects seen in any of the participants. Still there was no placebo or "dummy" group for comparison, so it's possible that any improvements could have been the result of spontaneous recovery, which occurs in people with spinal cord injuries, the researchers noted.

Baum, while intrigued by the findings, was quick to caution that it's too early to make any sweeping claims about the stem cell treatment.

"I think the results should be taken with a grain of salt, and enthusiasm should be tempered. More research is required to see whether, on a larger scale, these results could be replicated and statistically significant," said Baum, who is also an assistant professor of neurosurgery at the Zucker School of Medicine at Hofstra/Northwell in Hempstead, N.Y.

Still, there is reason for hope, according to Mike Modo, a professor of radiology and bioengineering at the University of Pittsburgh Institute for Regenerative Medicine. "The amazing thing here is that after just a single infusion of stem cells, we are seeing benefits out six months," said Modo, who was not involved in the study.

A big plus is the fact that the therapy is given via intravenous infusion, which is much less invasive and risky than other stem cell delivery methods, he added. "IV delivery is minimal in terms of impact on patients, and that is the big contribution of this paper," Modo said.

But the research is still in its infancy and much more needs to be understood before it reaches the bedside, he noted.

The study results were published Feb. 18 in Clinical Neurology and Neurosurgery.

Learn more about the promise of stem cell therapy at the U.S. National Institutes of Health.