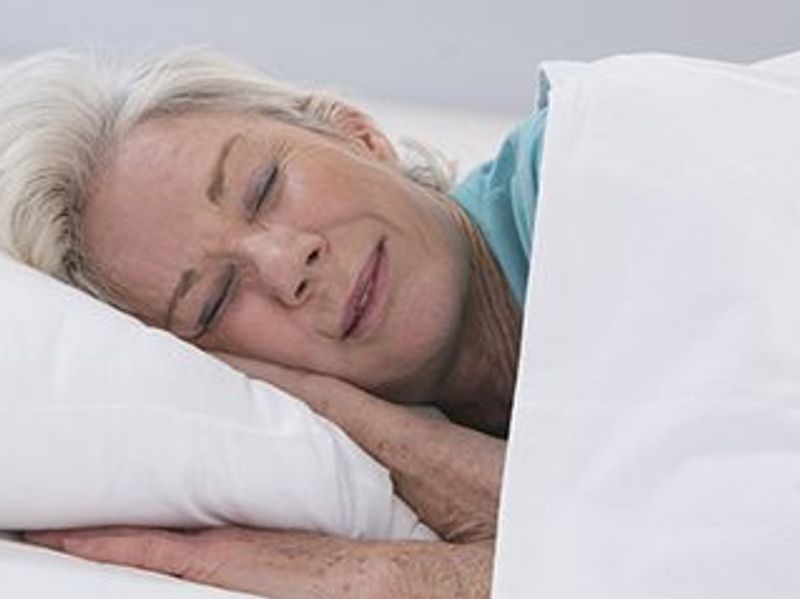 Too Little Sleep Could Raise Your Dementia Risk

Older adults who get little sleep each night may be at heightened risk of dementia or earlier death, a new study suggests.

Researchers found that among 2,600 older Americans, those who were deemed "short sleepers" -- catching no more than five hours of sleep at night -- were more likely to develop dementia or die over the next five years.

Their risks were double that of older people who typically got the recommended seven to eight hours of shut-eye.

The study, recently published in the journal Aging, is not the first to link poor sleep with dire health outcomes, including dementia.

But this study points the finger at a particularly troublesome culprit, according to researcher Rebecca Robbins, of the Division of Sleep and Circadian Rhythms at Brigham and Women's Hospital in Boston.

"We looked at a series of sleep characteristics, which allowed us to ask what matters most?" Robbins said. "The resounding answer was short sleep."

Among these study participants, that mattered more than self-rated sleep quality, or whether it took them a long time to fall asleep at night, or whether they tended to feel groggy or need naps during the day.

Short sleep also appeared more important than snoring, the study found. Chronic snoring is a sign of sleep apnea, which has been linked to both heart disease and dementia.

Still, the findings do not prove short sleep, itself, helps cause dementia or shave years from people's lives.

"It may be that in some cases, the poor sleep is actually an early sign of dementia, rather than a cause," said Dr. Sabra Abbott, an assistant professor of neurology in sleep medicine at Northwestern University Feinberg School of Medicine in Chicago.

Abbott, who wasn't involved with the study, said that sleep can be disrupted for multiple reasons early in the dementia process.

As an example, she pointed to a brain structure called the suprachiasmatic nucleus (SN), which helps regulate the timing of sleep and production of the sleep hormone melatonin. The SN can start to degenerate early in the course of dementia.

Robbins also noted that dementia can cause sleep issues, and said she and her colleagues tried to account for that. They excluded older adults who already had dementia at the study's outset, and statistically accounted for other health conditions participants had -- including heart disease, diabetes, high blood pressure and depression symptoms.

They found that short sleep was still linked to a twofold increase in the risk of dying or developing dementia during the study period.

The results are based on 2,610 Americans age 65 and up who took part in a nationally representative health study. More than half reported getting seven to eight hours of sleep each night. About 4% said they got five hours or fewer.

Over the next five years, 321 study participants screened positive for dementia.

There was no evidence that long sleep -- at least nine hours per night -- was linked to increased dementia or death risk on its own. Once researchers accounted for chronic health conditions, that appeared to explain any connection.

Robbins said there are reasons to believe that sleep deprivation can do damage to the brain. Animal research shows that adequate sleep may be critical to the brain's clearing of abnormal proteins that are associated with Alzheimer's disease.

"There is certainly reason to suspect that poor sleep may worsen dementia in susceptible individuals," Abbott said.

But in general, it's difficult to know whether poor sleep helps cause the brain disease, or is part of its manifestation, she said.

While that question remains, Robbins said it's wise to strive for healthy sleep habits. She had some suggestions:

Abbott agreed that poor sleep should be addressed. But, she added, "keep in mind that the solution may not be as simple as just trying to get more sleep."

She encouraged people with chronic sleep complaints to get a medical evaluation, since there may be an underlying cause that is treatable, like sleep apnea.

The U.S. National Institutes of Health has more on sleep deficiency.