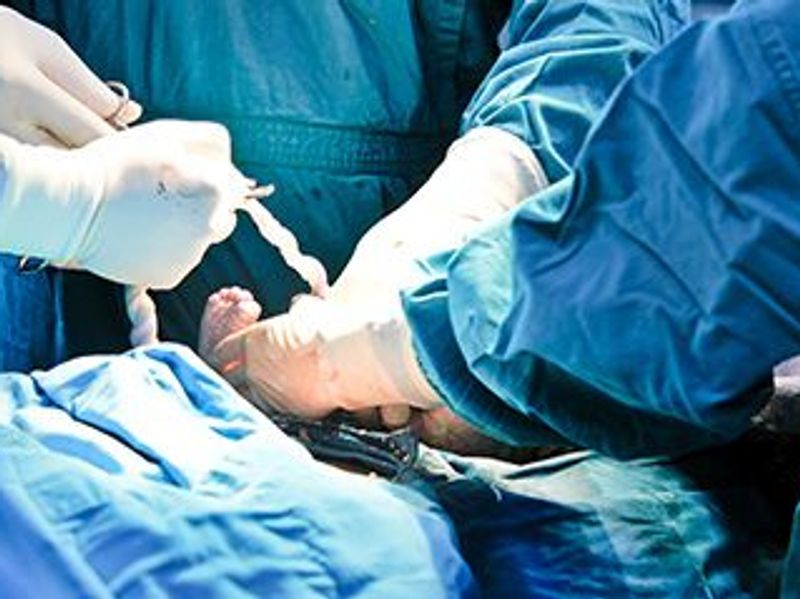 'Awareness' Under C-Section Anesthesia May Be Less Rare Than Thought

It's a woman's worst nightmare: You're having a C-section under anesthesia, but you suddenly become aware of what is happening during your surgery.

Now, a new study shows that phenomenon, known as "accidental awareness," is more common than believed. In fact, it may occur in 1 in 256 women who have obstetric surgery and some may suffer long-term psychological harm.

Accidental awareness is when a patient is temporarily conscious during general anesthetic and can remember things that occurred during surgery, such as feeling pain or being unable to move. It's most likely to occur at the very start or end of a general anesthetic, as the patient is going to sleep or waking up.

In this study, researchers analyzed data from more than 3,000 women who had general anesthesia for obstetric procedures at 72 National Health Service hospitals in England.

The study authors identified 12 reports of accidental awareness, including seven patients who were distressed and five who felt paralyzed. Two patients described paralysis with pain. Other sensations reported by patients while under anesthesia included tugging, stitching, feelings of dissociation and being unable to breathe.

"We identified a complex range of risk factors for awareness, including drug types and variations in practice," said Dr. Peter Odor, project lead and consultant anesthetist at University College Hospital in London.

"Although the incidence of awareness during cesarean section is much higher than that in the general surgical population, it is important to emphasize that general anesthesia remains safe and around half the patients that experienced awareness did not find it distressing," Odor said in a journal news release.

"Although we have provided many answers, questions remain as to exactly why awareness is more common in pregnant women; our next steps are to apply the lessons learned from this study to help reduce risk in the future," he added.

According to study co-author Jackie Andrade, a professor of psychology at the University of Plymouth, "Post-traumatic stress disorder typically develops when an event is perceived as life-threatening and uncontrollable. Providing an explanation of what happened and high-quality support after an episode of accidental awareness during general anesthesia can help reduce its psychological impact."

The Canadian Anesthesiologists' Society has more on anesthesia awareness.