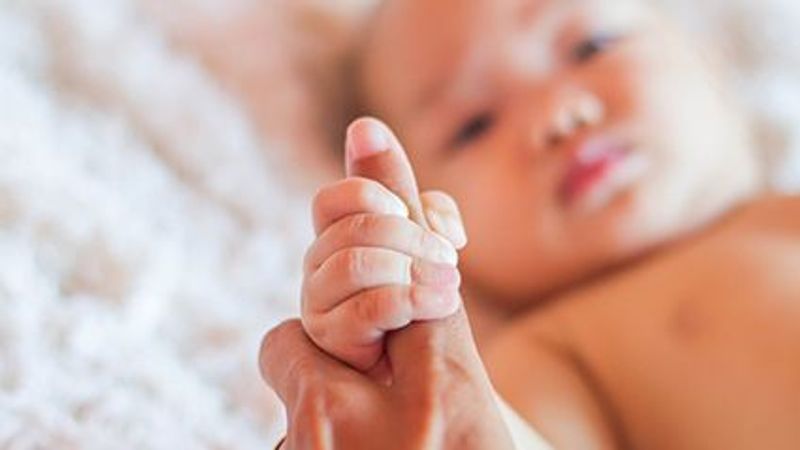 Study Finds No Benefit From Supplemental Oxygen During Labor

For decades, women have commonly been given oxygen during childbirth, but a new research review finds little evidence it benefits newborns.

The American College of Obstetricians and Gynecologists recommends that women be given supplemental oxygen when fetal heart monitoring shows an abnormal heart rate. That's based on the possibility that oxygen deprivation is causing the problem.

Yet there has been little research evidence that the tactic does any good. And the new review, of 16 clinical trials, uncovered no clear benefits for newborns.

Overall, infants born to women who received oxygen fared no better than those whose mothers simply breathed "room air." Their breathing, heart rate, reflexes and muscle tone at birth were similar, and they were no less likely to be admitted to the neonatal intensive care unit (NICU), the analysis found.

The practice of giving women oxygen during labor began in the 1960s, said Dr. Nandini Raghuraman, lead researcher on the analysis.

There is a theoretical basis for it, she said, but little in the way of scientific proof that it helps.

Yet the practice has persisted. One study estimated that in the United States, two out of three women who go into labor receive oxygen at some point.

"I think part of this relates to the general myth that the more oxygen, the better," said Raghuraman, an assistant professor of obstetrics and gynecology at Washington University School of Medicine in St. Louis.

But in some medical contexts other than childbirth, she noted, research has shown "over-oxygenation" can be harmful (for example, by producing cell-damaging free radicals).

Whether prolonged supplemental oxygen could pose any risk during childbirth is unclear.

But based on the existing data, Raghuraman said that, in most cases, oxygen is probably not effective.

The findings -- published online Jan. 4 in JAMA Pediatrics -- are based on 16 clinical trials where women were randomly assigned to either receive supplemental oxygen or breathe room air. Some trials involved women in labor; others focused on women having scheduled or emergency cesarean sections.

Raghuraman said researchers pooled results from the trials, since that larger number of patients can allow more definitive answers than a single, small study can.

Overall, the investigators found no evidence that supplemental oxygen made a significant difference in oxygen supply to the umbilical artery. And there was no effect on newborns' odds of being admitted to the NICU, or on their Apgar scores (a standard measure of breathing, heart rate and other health indicators done right after birth).

She said that a decrease in fetal heart rate is sometimes related to lack of oxygen. So "there was biologic plausibility that if you give mom oxygen, it will get to the fetus," Werner said.

"The problem is, many things that have biologic plausibility turn out to not actually improve outcomes," she added.

According to Werner, it's still possible there's some benefit from the approach. Rarer problems were not assessed in these trials.

"To determine if supplemental oxygen improves rare outcomes like neonatal seizures, you would need much larger studies," Werner said. "Ideally, children would also be followed for several years to identify differences in longer-term outcomes, like cerebral palsy."

It's not clear why, based on studies so far, that supplemental oxygen hasn't benefited newborns. But one issue, Raghuraman said, is that doctors don't fully understand all the causes of fetal heart rate abnormalities.

Still, she said, there are other ways to manage those heart rate problems, short of rushing to do a C-section. Changing the mother's position and giving IV fluids are common tactics.

Raghuraman said that at the hospital where she delivers babies, Barnes-Jewish Hospital, they have become more judicious about giving supplemental oxygen.

More research is needed to see whether there could be any harms from giving women prolonged oxygen during labor, she said.