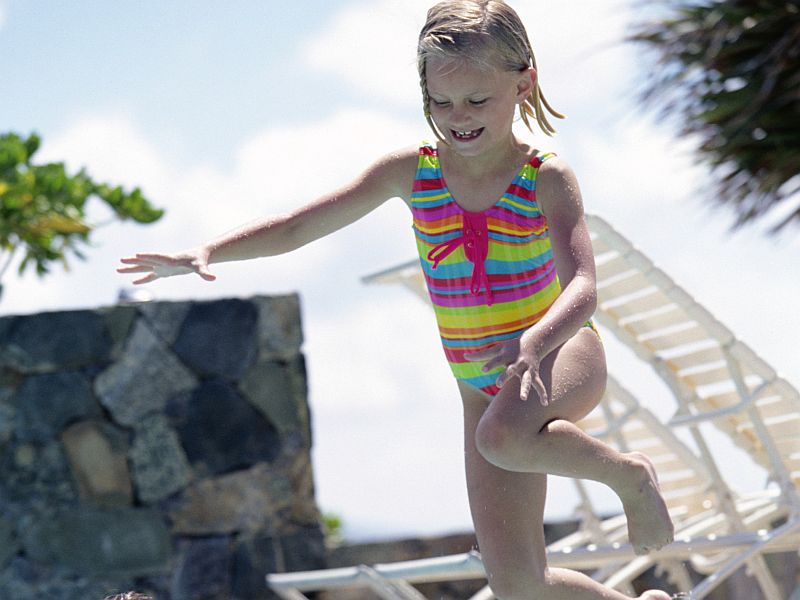 Many Kids With Chronic Illness Are Still Happy: Study

Many children deal with chronic health issues -- but it doesn't mean they can't enjoy life as much as other kids, a new study finds.

Researchers found that among more than 1,200 5- to 9-year-olds, those with some of the most common childhood ills were no less happy with their lives than other kids.

They said the findings highlight an important point: Kids aren't "defined" by their medical issues.

"This can help broaden our perspective of what 'health' is," said lead researcher Courtney Blackwell, a research assistant professor at Northwestern University Feinberg School of Medicine in Chicago.

"Just because a child has a medical condition," she said, "that doesn't mean they're 'unhealthy.' "

The caveat, Blackwell said, is that the study focused on kids with certain common conditions, such as asthma, attention deficit hyperactivity disorder (ADHD) and digestive disorders.

It did not include kids with more debilitating diseases that require intense care.

If it had, the findings would probably be different, according to Rose Alvarez-Salvat, a child psychologist at Nicklaus Children's Hospital in Miami. She was not involved with the research, but reviewed the study.

Alvarez-Salvat works with kids who have medical conditions like type 1 diabetes, cystic fibrosis, cancer and hemophilia. Those complex disorders, which require daily management, can lead to anxiety and depression for some kids, she said.

"They have a very different experience from children with less complicated conditions," Alvarez-Salvat said.

Plus, she noted, this study focused on 5- to 9-year-olds, and quality-of-life issues might only become apparent when kids are a bit older. That's when they take more control over managing their health condition -- and may be more self-conscious about being "different" from their peers.

"These days, having a medical condition can just be part of someone's life, and not necessarily have the impact that it did years ago," she said.

The results, published online May 6 in Pediatrics, are based on reports from parents of 1,253 U.S. youngsters. Overall, 20% had at least one of the conditions researchers considered -- including asthma, respiratory allergies and eczema, epilepsy, digestive disorders like inflammatory bowel disease, ADHD, autism spectrum disorders, and depression or anxiety. Obesity and low birthweight were also included.

Parents responded to a standard questionnaire gauging their children's life satisfaction. On average, there was no difference between the group of kids with health conditions and those without.

Since kids with health issues were grouped together in the study, it's not clear whether any particular condition had a bigger impact on life satisfaction than others, Blackwell said.

But regardless of kids' health, two factors did stand out when it came to their happiness: family income (higher meant happier kids) and the amount of stress kids felt (more stress, less happy).

Stress levels were derived from parents' answers to questions about whether their child ever felt overwhelmed by day-to-day problems.

It all suggests that making the home environment less stressful will "trickle down" to kids, including those with chronic health conditions, according to Alvarez-Salvat.

She said the income findings highlight another point: Health problems typically take a bigger toll on kids in low-income and minority families. The majority of the families in this study were white, she pointed out.

If parents do feel a health issue is affecting their child's overall well-being, they should ask for help, Blackwell said.

Doctors, she noted, may often be focused on treating the condition itself. But parents should also feel they can bring up their child's mental and emotional well-being, too, Blackwell said.

The American Academy of Pediatrics has resources for helping kids deal with chronic health conditions.