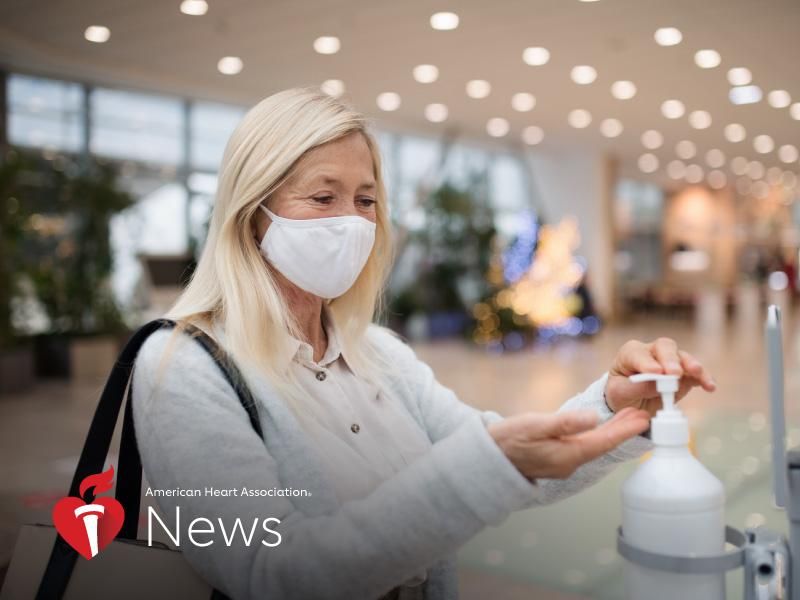 AHA News: What's New With the Flu? Here Are 7 Things to Know

Don't call it a comeback if it was never really gone, but the flu is poised for a breakout year.

Like the killer in a horror movie franchise, this season's flu is bringing fresh twists to a familiar theme. Here are seven things you should know to stay safe.

Several factors make this flu season unique, including an early start, said Dr. Ellen Eaton, an infectious disease specialist at the University of Alabama at Birmingham. The Centers for Disease Control and Prevention said the flu hospitalization rate was the highest it has been in early November since 2010-11.

The early arrival bodes ill, said Dr. Margot Savoy, senior vice president for education, inclusiveness and physician well-being at the American Academy of Family Physicians in Washington, D.C. When cases surge early, that "usually means it's going to be a rough season."

In the COVID-19 winter of 2020-21, as many people took precautions such as wearing masks and avoiding gatherings, flu cases sank to levels too low for the CDC to measure. This year, as more people go back out and about, the two viruses will be mingling with them.

So will a third. RSV, or respiratory syncytial virus, also is spiking this year. RSV causes cold-like symptoms but can be serious for infants and older adults.

It's scary as ever

People may think of flu as a respiratory ailment, but it goes beyond that. Flu can exacerbate existing medical conditions such as heart disease. "You end up having to make your heart work that much harder to get the oxygen around your body because your lungs aren't doing a great job," Savoy said. A 2018 study in the New England Journal of Medicine found that the risk of having a heart attack was six times higher within a week of having the flu.

And Eaton said that every year, she and her colleagues see previously healthy children, parents and grandparents get sick and die. "Every year we're saying, 'I can't believe it happened to this patient.'"

Many ignore the risks

Going unvaccinated in flu season might be the equivalent of the horror movie character who walks into the woods alone at night to investigate a creepy sound. Yet many people do just that.

Vaccination levels have fallen this year, Savoy said, which makes things riskier for everyone.

"People might have gotten really lucky the last couple of years if you skipped out on your flu vaccine," Savoy said. "I don't think that luck's going to hold out. In fact, I'm fairly confident it's not."

Health experts formulate each flu season's vaccine in hopes of matching the most common virus strains, and this year's formula is looking like a good match, Eaton said.

"We know that the flu vaccines are not perfect in terms of preventing infection," Eaton said. But they are good at preventing severe infection. "That's the infection where your child is out of school for seven days, and on the seventh day, the pediatrician recommends they go to the ER for oxygen and breathing treatments. A severe infection is where your grandma felt fine yesterday, but this morning, she wakes up and she can't breathe, and she's in the hospital on a ventilator for four days."

Being vaccinated also may shorten how long you are sick with the flu, Savoy said.

A shorter and less severe illness gives vaccinated people an advantage against the virus.

Savoy explains vaccines' importance to her patients like this: "If I told you I was going to send a bear to chase you, and you had two choices -- I could give you a five-minute head start, or I'm going to let you and the bear out at the same time -- which one would you choose?"

The CDC recommends an annual flu vaccine for everyone 6 months and older, with rare exceptions. For people 65 and older, the CDC now recommends one of three higher-dose vaccines. Savoy said the vaccines can boost protection in older people, whose immune systems are weaker.

If you're eligible but a high-dose vaccine isn't available, she said, "just get the standard-dose vaccines. I would rather you be covered than to have nothing."

It can take a few weeks for full immunity from a flu vaccination to kick in. That means get vaccinated now if you want to keep your family safe at the holidays, Eaton said. But if you've missed the ideal timing, late is better than never.

Other basic measures -- including frequent hand-washing, cleaning frequently touched surfaces and covering your mouth and nose with a tissue when coughing or sneezing -- can go a long way. And both doctors encouraged wearing masks and said people need to stay home when they're feeling sick.

That even applies to big holiday events, Savoy said.

"Find another way to celebrate with the family," she said. "There really is no reason to die for a holiday gathering, right?"