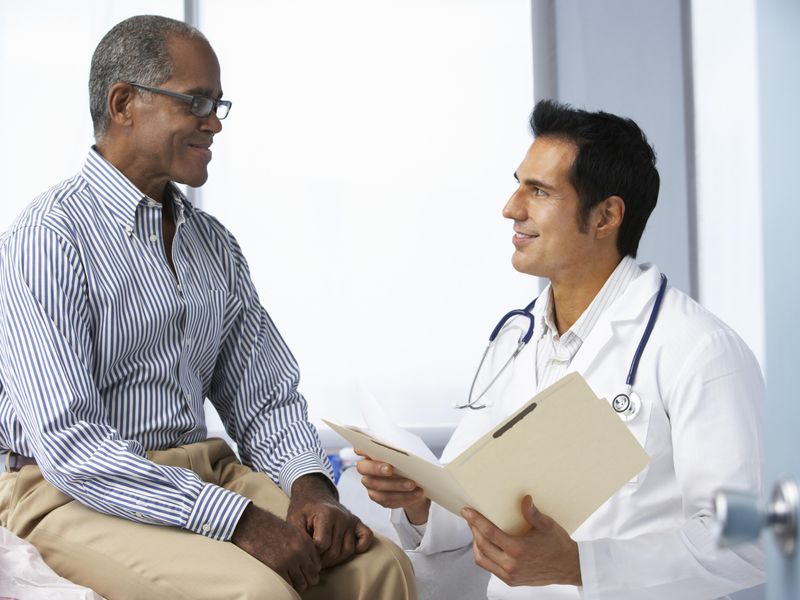 If you've ever left a medical appointment confused, it's probably not you: A new study finds that the medical jargon doctors use can be completely misunderstood by patients.

Common medical lingo that makes perfect sense to doctors often gets lost in translation when conveyed to laypeople, the new research found. It turns out that many people mistakenly believe it's good news if a tumor is "progressing" or a chest X-ray is "impressive."

And it's no wonder, experts said: In a frustrating quirk, medical meanings of certain words are exactly the opposite of their meaning in plain English.

"There are words with perfectly good meanings in English, and we've co-opted them in medicine and given them different meanings," said senior researcher Dr. Michael Pitt, an associate professor at the University of Minnesota Medical School, in Minneapolis.

A classic example is in the reporting of test results, said Michael Wolf, a professor of medicine at Northwestern University Feinberg School of Medicine, in Chicago.

A "positive" result on a cancer screening test, for example, means you might have cancer. A "negative" result, therefore, is good -- the opposite of how people use those words in everyday language. (And by the way, if it is cancer, your doctor might call it a "malignancy" instead, Wolf pointed out.)

Wolf, who wasn't involved in the new research, studies healthcare communication and also directs Northwestern's Institute for Public Health and Medicine. He said he wasn't surprised by the findings: It's well recognized that medical jargon is a problem, that it confuses patients, and that doctors need to be more clear in their language.

To Pitt, the findings highlight an additional point: It's not just fancy disease names or foreign acronyms that confuse patients -- as many doctors may believe.

"It's not enough to just tell doctors not to use jargon," Pitt said. "They have to know when they are using it."

The study, published Nov. 30 in the journal JAMA Network Open, involved 215 adults who were attending the Minnesota State Fair and agreed to listen to and read some standard -- and potentially confusing -- medical phrases.

When doctors use that phrase, they mean they've spotted something concerning. To a patient, "impressive" could easily translate to admirably healthy.

Study participants were also tripped up by phrases like "positive lymph nodes" (one-third did not know that means a cancer has spread) and "your tumor is progressing" (one-fifth didn't know that was bad news).

And then there's the word "occult." When doctors use it, they mean they've detected something that was hidden -- like tiny amounts of blood in the urine that cannot be seen by the naked eye. To most people, though, "occult" conjures up thoughts of the supernatural.

In this study, people rarely understood the meaning of an "occult infection," and were more likely to think it had something to do with a curse.

That begs the question: Why do doctors use words that can be easily misinterpreted? It may come down to "jargon oblivion," according to Pitt.

"You're taught during your training to use these words that make you sound smart," Pitt said. And along the way, he explained, doctors may forget there was a time when they didn't know what those words meant -- or, at least, didn't know their medical meaning.

Pitt said he hopes this study serves as an "aha moment" for doctors -- showing that words they assume are clear frequently are not.

It's not that the jargon problem is going unaddressed. The American Medical Association, for example, encourages doctors to use the "teach back" method -- where, at the end of a conversation, they ask patients to state in their own words what they just heard.

Both Pitt and Wolf said it's a good approach, but whether doctors are using it is another matter.

When doctors fail to be clear, patients should not be afraid to speak up, Wolf said. "Even if they appear rushed," he added, "you have the right to ask questions."

Pitt recommended "demanding" that teach-back time. "You can say to the doctor, this is what I'm hearing. Tell me if I've got this right," he said.

As for his advice to doctors, Pitt said that one thing he encourages is "emotion words." That is, it's OK -- and clearer -- to say, "this worries me," rather than call an X-ray impressive.

The Cleveland Clinic has advice on questions to ask your doctor.