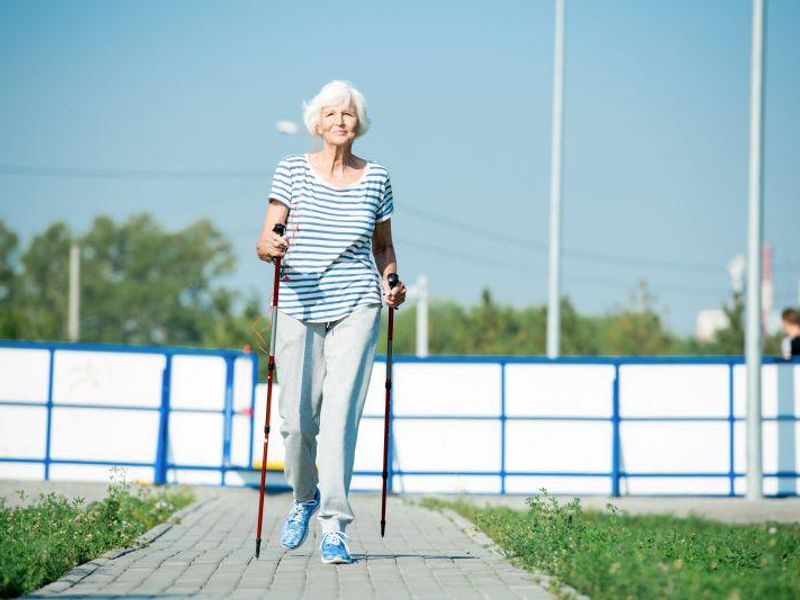 Regular aerobic exercise improves blood flow to the brain, which should help keep seniors sharper as they age, a new trial has revealed.

At least a half-hour of power walking or jogging four to five times a week promoted better blood flow in and out of the brain among a small group of older adults, said study co-author Rong Zhang. He directs the cerebrovascular laboratory at the Institute for Exercise and Environmental Medicine, a collaboration between UT Southwestern and Texas Health Presbyterian Hospital Dallas.

“The intensity was like if you're rushing to a meeting where you are 10 minutes late,” Zhang said. “You're brisk walking, and you feel a shortness of breath.”

The brain requires about 20% of the body's total blood flow to maintain its function as an organ, he said.

But as people age, blood starts to flow less freely in and out of the brain, a condition called cerebrovascular impedence.

It also means that toxins could build up in the brain, since reduced blood flow is less able to carry away waste products generated by the brain's high metabolism.

To see whether regular exercise could help people maintain healthy blood flow to their brain, Zhang and his colleagues recruited 72 people between the ages of 60 and 80 to take part in a yearlong experiment.

Half were randomly assigned to an aerobic exercise group, while the rest were placed in a control group that performed stretching and toning activities.

The aerobics group started with three half-hour exercise sessions a week, and gradually increased to four or five sessions that could run as long as 40 minutes.

After a year of exercise, researchers performed brain scans and arterial tests to see how well blood was flowing in and out of the participants' brains.

The aerobics group showed a significant improvement in brain blood flow by the end of the year, but the stretching and toning group did not.

This sort of improvement in blood flow should lead to better brain health, said Dr. Donn Dexter, a neurologist with the Mayo Clinic in Eau Claire, Wisc., and a fellow of the American Academy of Neurology.

“The data on exercise improving cognition is pretty solid,” Dexter said. “I have not seen this tack taken before. It's interesting that they're looking at exercise as a way to improve vascular health inside the brain. This adds more fuel to that hypothesis that exercise improves brain health.”

This study shows that people can receive the benefits of exercise at any age, given that the participants were at least 60, Zhang said.

At the same time, people shouldn't feel they have to overdo it, Zhang added.

“I haven't seen any evidence suggesting that if you go to the extreme, like people training for a marathon, you will receive more benefits compared with the program we have recommended,” he said.

The clinical trial report was recently published in the Journal of Applied Physiology.

The U.S. Centers for Disease Control and Prevention has more about exercise and brain health.