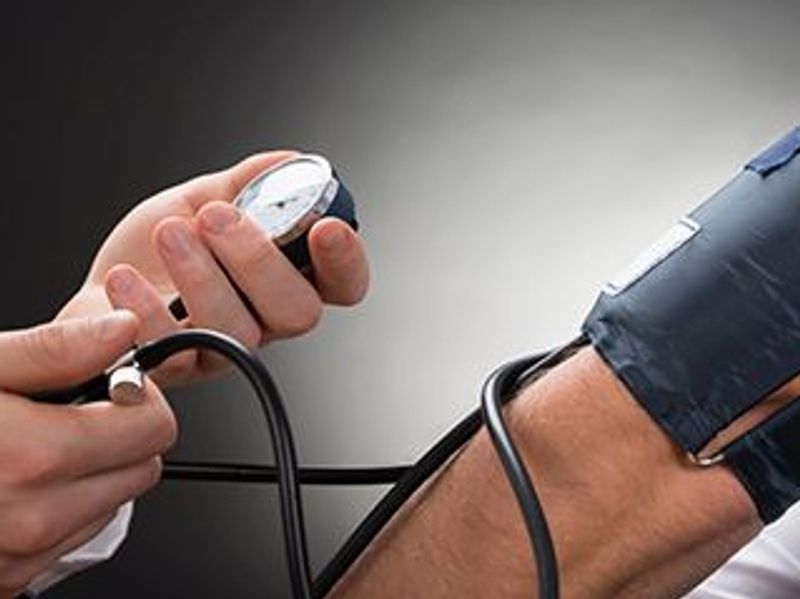 Although blood pressure levels among Americans rose during the COVID-19 pandemic, new research suggests things could have been far worse.

"We expected blood pressure control to be worse due to decreased physical activity, stress, poor sleep and other cardiovascular disease risk factors that worsened during the pandemic," said study leader Dr. Hiroshi Gotanda, an assistant professor in the Division of General Internal Medicine at Cedars-Sinai Medical Center in Los Angeles.

"But the results were better than we expected, probably because of the use of telemedicine and home monitoring of blood pressure," he noted.

For the study, which was funded by the U.S. National Institutes of Health, researchers looked at the electronic data records of more than 137,500 adults who had high blood pressure (hypertension) and were treated at Cedars-Sinai, Columbia University Irving Medical Center in New York City, and Ochsner Health in New Orleans.

The number of blood pressure readings declined by as much as 90% during the first three months of the pandemic. Measurements began to increase as the months passed, though they were still below pre-pandemic levels. This may have been due to cancellations or postponements of face-to-face office visits, the authors said.

Patients' systolic blood pressure readings, the top number, rose on average by 1.79 mm Hg (millimeters of mercury.) Their diastolic readings (bottom number) rose by an average of 1.30 mm Hg. High blood pressure is considered to be 140/90 mm Hg. An increase of only 2 mm Hg can raise the risk of major cardiovascular events by as much as 5%, the authors noted.

The findings were published Nov. 1 in the journal Hypertension.

More than 1 billion people worldwide have high blood pressure, which is a risk factor for cardiovascular disease, including heart attack and stroke. It also raises the risk of more severe COVID infection.

Only 1 in 4 U.S. adults who have hypertension have their condition under control, according to the U.S. Centers for Disease Control and Prevention.

The researchers plan to explore the impact of these slight blood pressure increases on long-term cardiovascular health. They also plan to look at whether some groups may have had difficulty accessing telehealth services. Previous research has suggested that patients who have limited English proficiency, are from certain racial or ethnic minority groups, or have low digital literacy are less likely to access telemedicine.

The study offers new evidence of how the pandemic impacted hypertension but also underscores the value of self-care in helping monitor and control blood pressure increases, said Dr. Paula Einhorn, the U.S. National Heart, Lung and Blood Institute's program officer for the study.


The fact that telemedicine and at-home checks may have helped higher blood pressure rates from worsening further offers hope that similar measures would work in any future pandemics.

"We now know that blood pressure may be relatively controlled using technology," Gotanda said in an NIH news release. "That's an important take-home message when we encounter other public health emergencies in the future."

The U.S. Centers for Disease Control and Prevention has more on high blood pressure.