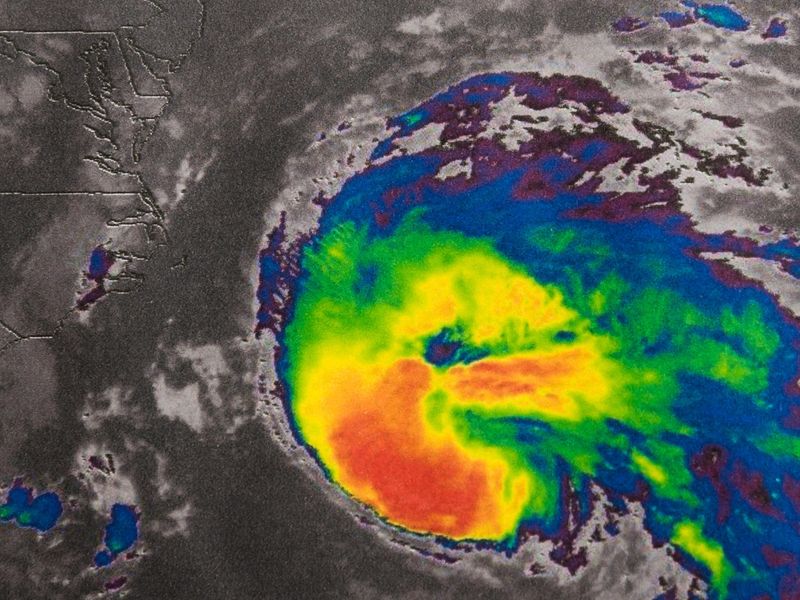 The Atlantic seaboard could be in for faster-forming and wetter hurricanes, new research warns.

Climate change is the overarching cause, experts say.

As parts of the United States, Canada and Puerto Rico recover from powerful hurricanes Ian and Fiona, scientists are trying to better understand the conditions that cause storms to intensify rapidly.

“Our findings have profound implications for coastal residents, decision- and policy-makers,” said Karthik Balaguru, a climate scientist at the U.S. Department of Energy's (DOE) Pacific Northwest National Laboratory. “And this isn't specific only to the Atlantic. It's happening in several prominent coastal regions across the world.”

Fast-building storms like Hurricane Ian outpace the best forecasting skills. Along with more quickly intensifying hurricanes, there will be a heightened risk of flooding, the researchers said.

Since 1979, hurricanes near the U.S. Atlantic coast have strengthened at faster rates, according to the study. And that's likely to continue because of mankind's reliance on fossil fuels, the research team noted.

With the rise in global temperatures, the Earth's surface is warming, but not uniformly. That's because the surface is made of materials that warm at different rates, including rocks, dirt, water and trees.

“Unlike the ocean with unlimited water supply, there's much less water in soil," she said in a news release from the DOE/Pacific Northwest National Laboratory. "That means the land can't evaporate as much water, so it can't get rid of the extra heat trapped by greenhouse gases as quickly as the ocean.”

While air pressure is lower over the warmer land, it's relatively higher over the cooler sea. The higher-pressure air then blows inland toward those warmer, lower-pressure areas.

The Earth's rotation guides these winds, causing them to go in a cyclonic, twisting direction, which strengthens “vorticity.” This is a spinning motion of air that, in this case, happens in the lowest level of Earth's atmosphere.

The twisting motion then pulls humid air up into the atmosphere. The warm, moist air rises inside the hurricane's core and cools toward the top. The heat warms nearby air causing it to ascend further. This process invigorates the storm.

Vertical wind shear can inject dry air into the storm's core, depriving the hurricane of heat and moisture. But this force has weakened over the past 40 years on the Atlantic seaboard, making the problem worse, the scientists said.

“The nearshore environment has absolutely become more favorable for hurricanes near the Atlantic coast, and that's very consistent with the rising hurricane intensification we've observed in the region,” Balaguru said.

To figure out the future role of climate change in these conditions, scientists used models to depict consequences that would follow in a fossil fuel-based world economy.

The team found that those same conditions would increasingly favor storm development through 2100.

Wind shear will weaken on the Atlantic coast, they said. The maximum intensity a storm can sustain under the prevailing conditions will rise. Atmospheric humidity and nearshore vorticity will strengthen as well, the researchers found.

“The spatial patterns of change we're seeing are consistent across models, and that means that what we have seen is likely related to climate change," Balaguru said. "Natural variability does play a role, but to a lesser degree.”

The same conditions that make the U.S. Atlantic coastline more conducive to hurricane development don't appear in the Gulf of Mexico, according to researchers. They could form in other regions, however, including near the East Asian coastline and the northwest Arabian Sea.

“For example, they have been associated with increasing aridity over land and changing seasonality of precipitation in some regions,” Leung said. “Considering the land-sea warming contrast, this study adds a new and important consequence: changes to hurricane behavior in coastal regions that could affect large populations around the world.”

The findings were published online Oct. 17 in Geophysical Research Letters.

The U.S. National Hurricane Center has more on hurricanes.