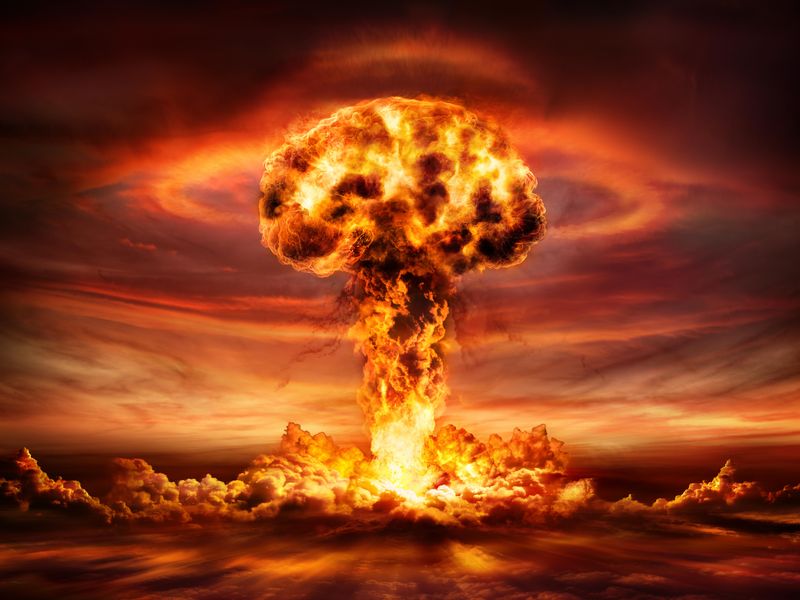 While the United States has recently ordered a $290 million supply of a drug meant to treat radiation sickness, federal health officials say that's not cause for alarm.

It's coincidental that the order of Nplate, made by pharmaceutical company Amgen, comes just as Russian President Vladimir Putin is making nuclear threats, say officials at the the U.S. Department of Health and Human Services (HHS). On Monday morning, Putin also ordered a series of missile strikes against at least 10 cities across Ukraine, hitting the capital city of Kyiv and other areas far from the front line.

Despite these developments, the U.S. purchase of Nplate is part of “long-standing, ongoing efforts by the Administration for Strategic Preparedness and Response to better prepare the U.S. for the potential health impacts of a wide range of threats to national security,” according to an HHS news release.

The purchase is for about 50,000 courses of the drug. That's not enough if the United States were close to war with Russia, NBC News reported.

"It isn't that much product," Chris Meekins, former deputy assistant secretary for preparedness and response at HHS, told NBC News. “I would expect a bigger buy if this were in a response to something going on over there that requires them to both have enough for the U.S. and for giving to partners overseas."

The drug must also be used within 24 hours of nuclear exposure, making it not the ideal candidate for a widespread nuclear explosion, Meekins added. The Federal Emergency Management Agency recommends people stay indoors for at least 24 hours after a nuclear event.

“We need products that can be used longer,” Meekins said.

HHS has supported development of this drug since 2019. The agency did not say whether it made the order before or after Russia's invasion of the Ukraine.

Greg Burel, former director of the Strategic National Stockpile, said he didn't think the order and the invasion were related.

Still, President Joe Biden warned recently that the risk of nuclear “Armageddon” is at its highest since the Cuban missile crisis.

“Bottom line, we are watching everything, but this shouldn't be used as a data point to assume there is a greater threat than people anticipate,” Meekins said.

The National Library of Medicine has more on radiation sickness.