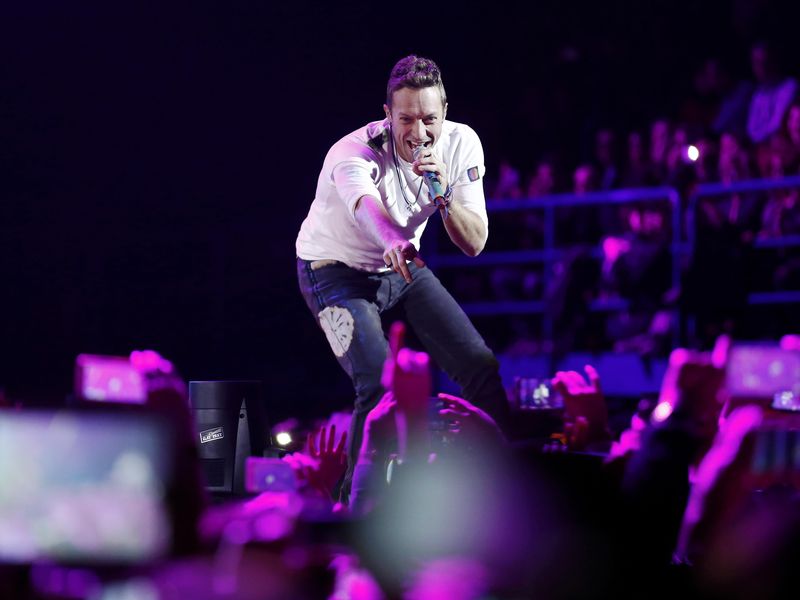 The band Coldplay said Wednesday that it has to postpone several shows in Brazil because its lead singer, Chris Martin, has a “serious lung infection" and must rest for the next three weeks.

The band made the announcement on its website and social media.

“We're optimistic that Chris will return to good health after the prescribed medical break and look forward to resuming the tour as soon as possible,” the band said in its statement. “To everyone affected, please accept our sincere apologies, and thank you as always for your love and support.”

Coldplay apologized for any “disappointment and inconvenience,” but said the band needs to prioritize Martin's health.

“We're working as fast as possible to lock in the new dates and will follow up with more information in the next few days,” the statement said.

The Brazil shows scheduled for dates between Oct. 11 and Oct. 22 will be rescheduled to early 2023, NBC Today reported. Although refunds will be honored, ticket holders who don't want a refund should keep their tickets, which will be valid for the new dates, the band added.

Coldplay is still scheduled to play 10 shows in Buenos Aires, Argentina, starting Oct. 25. It plans a global broadcast of one of the Buenos Aires concerts on Oct. 28 and Oct. 29, NBC Today said.

No additional information on Martin's illness was available, a band representative said.

UK.gov has tips on living safely with respiratory infections.