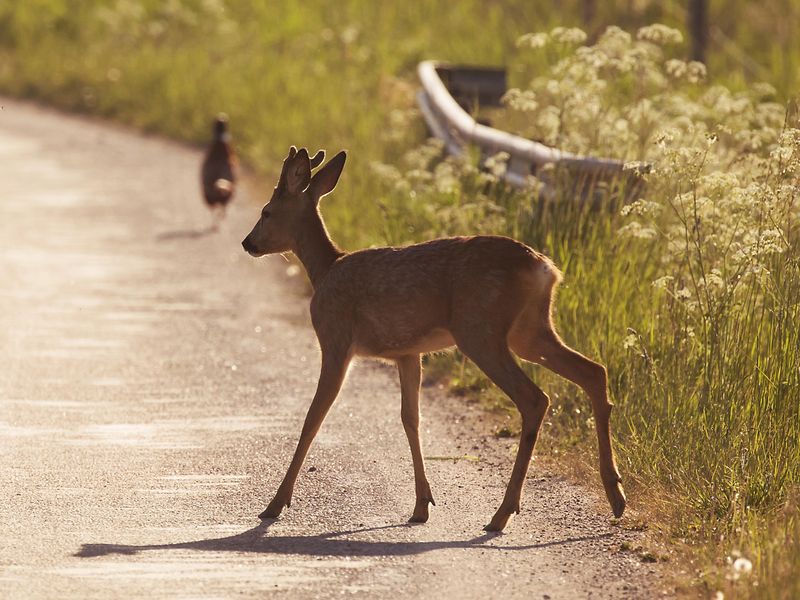 Wildlife Crossings Over Highways Save Human Lives, Too

In Washington state, 22 wildlife bridges and underpasses provide animals with a safe way through to search for food or escape predators and wildfires.

It turns out the crossings have been benefiting humans, too.

In a 10-mile radius around wildlife crossings, there are between one and three fewer collisions a year between vehicles and animals, a new study found.

“Wildlife crossing structures not only benefit the ecosystem but may also improve road safety,” said study author Wisnu Sugiarto, a doctoral student in economics at Washington State University in Pullman.

Sugiarto analyzed collision data from the Washington State Department of Transportation from 2011 to 2020. He zeroed in on 13 bridges and underpasses, comparing wildlife-vehicle collisions before and after the structures were built. He compared that data to an area with no structures.

Half of Washington's 22 wildlife bridges and underpasses are in Kittitas County, where an interstate bisects the Cascade Mountains, where many animals live.

Every year, there were more than 1,600 wildlife-vehicle crashes statewide, with about 10% resulting in human injury, Sugiarto found. The crashes included a few deaths.

More consistent, significant reductions in collisions were around bridges, which were most often used by deer, photo evidence showed. Deer were the animals most often involved in vehicle collisions, which cost an average of $9,000 per incident. Predators, including black bears, typically used underpass crossings.

For the study, Sugiarto used official reports of wildlife-vehicle collisions, which are required only when damage is $1,000 or more. Examining insurance claims might show even more benefit from the crossings, he noted.

Sugiarto said decreasing animal-vehicle accidents would reduce unnecessary trauma and potentially save lives and money. Most of the accidents involved drivers who were sober and were not driving while texting or other distractions.

“We often talk about things that we can and cannot control,” Sugiarto said. “From a driver point of view, they may choose to drive safely, but still, unfortunately, there are animals that cross the road, and they end up hitting them. This shows there's something we can do about these collisions.”

These crossings can cost from $500,000 for a tunnel-like underpass to more than $6 million for a broad bridge, according to a university news release. More may be built soon, as $350 million was allotted in the federal Infrastructure Investment and Jobs Act signed into law in 2021.