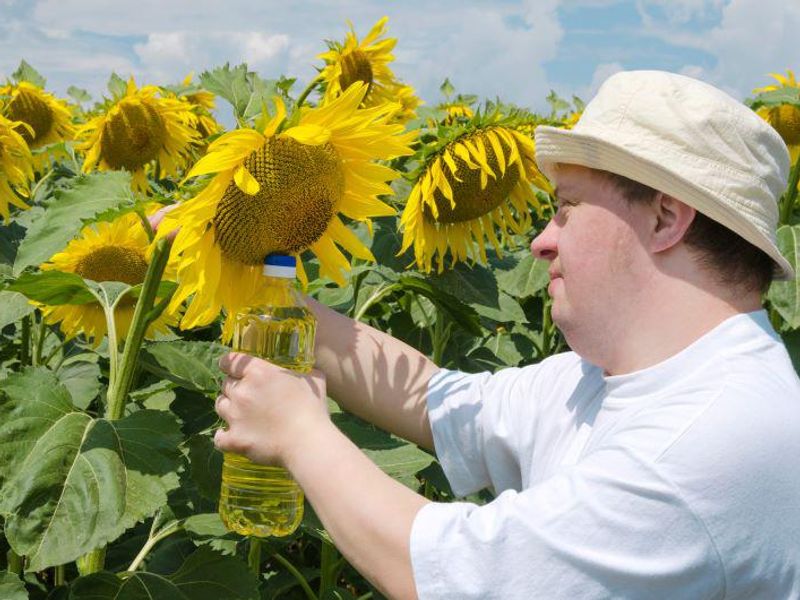 In Small Study, Hormone Boosts Thinking Skills in Men With Down Syndrome

Men with Down syndrome may think and remember better when treated with a brain hormone normally associated with fertility, a new small-scale study suggests.

Rhythmic drip doses of gonadotropin-releasing hormone (GnRH) improved thinking skills in nearly all of a small group of adult males with Down syndrome, improving their memory, attention and reasoning.

Six months of GnRH therapy improved cognition “in six out of seven patients by 20% to 30%,” said senior researcher Vincent Prevot, director of the development & plasticity of the neuroendocrine brain team at the University of Lille, in France.

If these results are confirmed in larger clinical trials, this would make GnRH therapy the first available treatment to help Down syndrome patients with thinking deficits, said Hanne Hoffmann, an assistant professor of animal sciences at Michigan State University.

“We're talking about not curing Down syndrome, but we're talking about helping patients take one or two steps up the ladder,” said Hoffmann, who wrote an editorial accompanying the new study in the Sept. 2 issue of Science. “So if you have a ladder of 10, they're probably going to step up about one or two rungs, which is huge because maybe you're going to have an individual who right now is in assisted living who might be able to live alone if they receive treatment,” she explained.

“This is going to really impact both the individual with Down syndrome, but also the families and people who work with them, because by improving cognition you can hope that some of these individuals might develop more independence,” Hoffmann added.

Further, animal studies suggest that GnRH therapy might be able to counter both the natural brain declines associated with aging as well as dementia and Alzheimer's disease, Prevot added.

“Our preclinical data obtained in mice suggest that this is possible, but it will have to be demonstrated scientifically in humans by performing large, randomized human trials,” Prevot said.

GnRH is released by the brain and spurs the pituitary gland to release male and female hormones that are essential for reproduction, Hoffmann explained.

The brain releases GnRH in a steady rhythmic drip throughout the day, maintaining a natural level that Hoffmann calls a “sweet spot.”

Prior research has discovered GnRH receptors in the cortex and the hippocampus as well. “These two areas of the brain are large areas, and they are known to be very important in learning and memory,” Hoffmann said. “So, there has been speculation that GnRH probably does something in these brain areas.”

Down syndrome occurs when a person is born with an extra chromosome, which changes how a baby's body and brain develops.

Part of that impact is on the person's GnRH levels, researchers have found. People with Down syndrome tend to produce lower levels of GnRH, which causes infertility and blocks the onset of puberty.

Testing on mice showed that if GnRH levels were restored in a natural rhythmic fashion, their cognitive defects would improve, the study authors reported. However, continuous infusion of the hormone actually harmed brain function, Prevot said.

So, the researchers rigged seven male Down syndrome patients with an implanted GnRH mini-pump. The pump delivers small doses of GnRH for 10 minutes every two hours, mimicking the pulse frequency observed in healthy men, Prevot said.

The main improvements seen were in the patients' abilities to orient themselves in three-dimensional space, perform executive tasks like drawing, and paying better attention, Prevot said. He noted that attention deficit is one of the stronger traits of Down syndrome patients.

A larger-scale randomized clinical trial including a placebo arm has been planned and will be launched in the fall, Prevot said.

It will be important to follow these patients long-term to make sure the hormone has no side effects, Hoffmann said.

“Most likely it's going to be safe and well-tolerated in the body because the goal is to mimic what is happening in a healthy, normal adult, but that needs to be proven,” Hoffmann said.

Future trials also should include female Down syndrome patients as well, Hoffmann added.

“It's going to be a little more complex, because GnRH is a reproductive hormone that regulates ovulation,” Hoffmann said. “I would expect it to work in women, but it might impact their menstrual cycle.”

GnRH therapy could also prove helpful for older adults, since GnRH levels drop after the reproductive years, she added.

“This might be something where we could help slow down cognitive decline in aging,” by restoring GnRH levels to the natural balance of young adults, Hoffmann said.

The U.S. Centers for Disease Control and Prevention has more about Down syndrome.