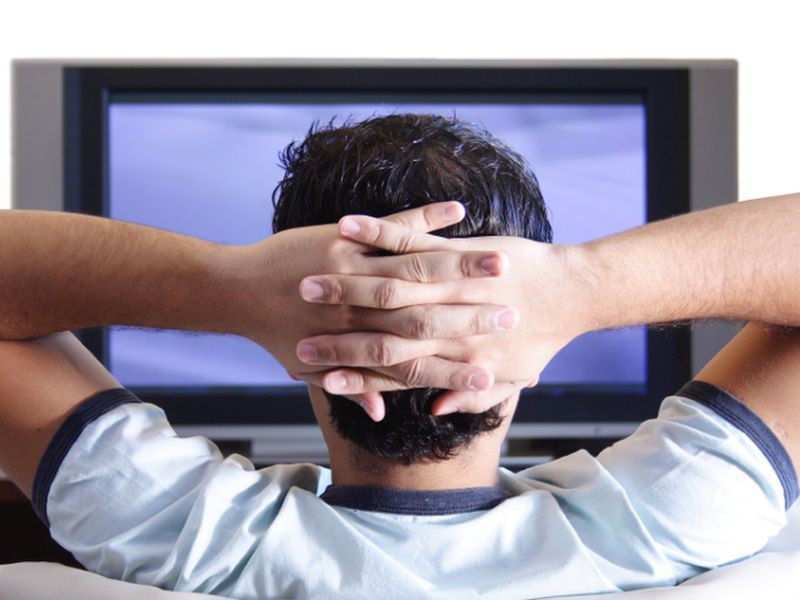 Too Much TV Time May Really Harm Your Brain

Older adults who get a lot of "screen time" may have an increased risk of developing dementia — but a lot depends on what type of screen they use, a new study suggests.

Researchers found that among older British adults, those who spent a lot of time watching TV were more likely to be diagnosed with dementia in coming years, yet the opposite pattern was seen with computer use.

Experts stressed that the findings do not mean that TV watching causes dementia, or that browsing the internet will protect your aging brain.

But the study does argue for exercising both your body and your mind, said lead researcher David Raichlen, a professor at the University of Southern California, in Los Angeles.

In general, he explained, research suggests that physical activity supports brain health as people grow older — possibly even lowering the risk of dementia. By extension, it would seem that being a couch potato is a bad thing.

Fewer studies have actually looked at that premise, but some have found that sedentary people may see their memory and thinking skills wane faster as they age.

However, people can be sitting yet mentally active, Raichlen said. TV watching could be considered "passive," while some other activities — like reading or computer use — require some mental engagement.

"Sedentary behaviors that are more cognitively active might have some benefits," Raichlen said.

To dig into that idea, his team used data from the UK Biobank — a large research project collecting health and medical information from half a million British adults.

The researchers focused on over 146,000 participants aged 60 and older who were dementia-free at the outset and reported on various lifestyle habits — including how much of their daily leisure time they devoted to TV or computers.

Over the next 12 years, just over 3,500 participants were diagnosed with dementia. And the more TV time they reported at the study's start, the higher that risk: For each hour people typically watched per day, the risk of dementia rose 24%.

That was after the researchers had accounted for various other factors — including people's exercise and diet habits, body weight and education level, and whether they smoked or had chronic health conditions.

In fact, even among older adults who regularly exercised, those who spent more time watching TV had a higher dementia risk than those who reported little TV time.

In contrast, computer time was tied to a lower dementia risk. For every hour older adults typically spent on a computer each day, their risk of dementia declined by 15%.

The findings were published online Aug. 22 in the Proceedings of the National Academy of Sciences.

One caveat is that dementia is a long process, and people in early decline may have been more prone to passive activities like TV watching. Such "reverse causation" cannot be ruled out, Raichlen noted.

But the research does add to evidence tying a sedentary lifestyle to a higher dementia risk, and stimulating activities — physical and mental — to a lower risk.

Heather Snyder is vice president of medical and scientific relations at the Alzheimer's Association. She said, "A growing body of research suggests that engaging in more frequent exercise — if you're able — eating a balanced diet, and being socially and cognitively engaged may reduce risk of cognitive decline."

Snyder, who was not involved in the study, said the key message is "there are things you can do today that may be good for your brain as you age. Instead of picking up the remote, try a new, interesting book or going for a walk."

One unknown is what older adults were doing with their computer time, Raichlen said. Were they reading and learning new things, for example, or using social media?

It's possible there is nothing special about computer use, per se. "It may be a marker that someone is more cognitively engaged, in general," Raichlen said.

If so, then sitting and reading, or working on puzzles, might have similar benefits.

"We're just saying, it's not a bad idea to think about what you're doing while you're sitting," Raichlen said. "There's really no downside to reducing your TV time."

The Alzheimer's Association has advice on supporting brain health.