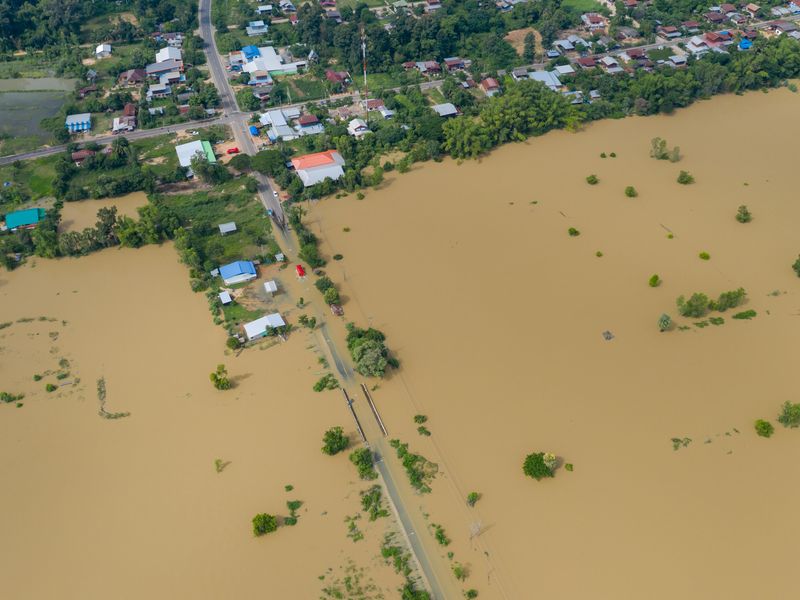 Flooding, heat waves and drought have made 58% of infectious diseases worse, a new analysis claims.

For the review of previous studies, published Aug. 8 in the journal Nature Climate Change, researchers found that 218 of the known 375 infectious diseases have been made worse by climate change, including malaria, hantavirus, cholera and anthrax.

The researchers found that torrential rain and flooding made people sick through mosquitoes, rats and deer that carry germs. Also, warming oceans and heat waves taint seafood and other food, while droughts increase the number of bats that carry viruses.

"If climate is changing, the risk of these diseases are changing," study co-author Dr. Jonathan Patz, director of the Global Health Institute at the University of Wisconsin-Madison, told the Associated Press.

"The findings of this study are terrifying and illustrate well the enormous consequences of climate change on human pathogens," Dr. Carlos del Rio, an Emory University infectious disease specialist who was not part of the study, told the AP.

"Those of us in infectious diseases and microbiology need to make climate change one of our priorities, and we need to all work together to prevent what will be without doubt a catastrophe as a result of climate change," del Rio said.

"There is no speculation here whatsoever. These are things that have already happened," lead study author Camilo Mora, a climate data analyst at the University of Hawaii, told the AP.

Mora himself has experienced the direct effects on climate change on health: About five years ago, his home in rural Colombia was flooded, creating an ideal breeding ground for mosquitoes. Mora contracted chikungunya, a virus spread by mosquito bites. While he survived, he said he still experiences joint pain years later.

Dr. Aaron Bernstein, interim director of the Center for Climate, Health, and the Global Environment at Harvard School of Public Health, said the study serves as a warning about climate change and health.

"This study underscores how climate change may load the dice to favor unwelcome infectious surprises," Bernstein told the AP. "But of course it only reports on what we already know, and what's yet unknown about pathogens may be yet more compelling about how preventing further climate change may prevent future disasters like COVID-19."

Visit the U.S. Centers for Disease Control and Prevention for more on climate change and health.