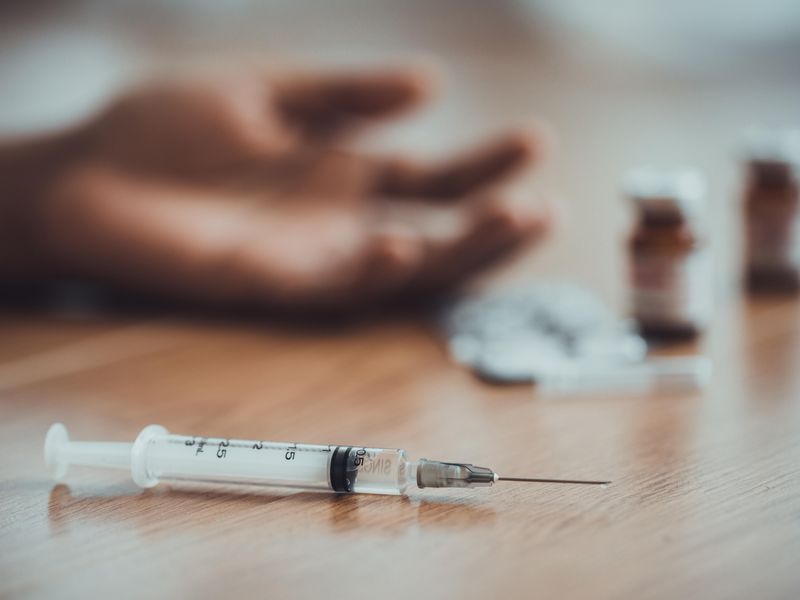 The nation's opioid epidemic is hitting minority groups the hardest, with the latest government study reporting the steepest increases in overdose deaths among Black Americans and American Indians/Alaska Natives.

While overdose deaths climbed 24% among whites in 2020, still an historic high, they jumped 44% among Black people and 39% among American Indian and Alaska natives.

Illicit fentanyl, a synthetic opioid that is 50 times more potent than heroin and 100 more times more powerful than morphine, appeared to be the primary driver of the sharp increases, according to the report from the U.S. Centers for Disease Control and Prevention.

"With fentanyl, we are certainly worried about this with all populations, and with youth in particular, that a single use can kill," CDC Acting Principal Deputy Director Dr. Debra Houry said during a Tuesday media briefing on the findings. "Somebody that may not be used to using drugs or use them often, we've seen the reports of people at a party who do a single pill that's mixed with fentanyl and die."

"These findings show that people from certain racial and ethnic minority groups have higher drug overdose death rates and less access to treatments for substance use disorders that are known to work," said report co-author Mbabazi Kariisa, a health scientist in the CDC's Division of Overdose Prevention.

"Areas with a wider income gap between the rich and the poor have higher rates of overdose deaths, and among Black people overdose rates in counties with the most income inequality were more than twice those of counties that had less income inequality," Kariisa said during the briefing.

Some of the disparities were stunning:

Overdose deaths have been on the rise ever since the pandemic hit in spring of 2020, when fear and social isolation worsened disruptions in access to prevention, treatment, harm reduction and recovery support services.
People in minority groups were the most likely to have trouble finding help: While a history of substance use was common among overdose deaths, receiving substance abuse treatment was not. Only about 1 in every 10 American Indians/Alaska Natives/Hispanics had reportedly received substance abuse treatment, the study found. That rate was even lower for Black people, at 1 in every 12.

The findings were published in the July 19 issue of the Morbidity and Mortality Weekly Report.

What can be done to reduce the disparities? The CDC researchers suggested three things that could help:
"Harm reduction services can save lives," Houry said. "These include using naloxone to reverse overdoses, using fentanyl test strips to tell whether drugs have been mixed or cut with fentanyl, and getting people into substance use disorder treatment."

If you or someone you know is struggling with drug addiction, talk to your doctor or call Substance Abuse and Mental Health Services Administration's (SAMHSA) National Helpline at 1-800-662-HELP or go to SAMHSA's Behavioral Health Treatment Services.

"Everyone can play a role in preventing overdoses," Houry noted. "One way to do that is by reading and sharing resources about overdose prevention and raising awareness about the communities that are disproportionately impacted by overdose.

"Learn how to recognize the signs of overdose, and carry lifesaving naloxone with you and keep it at home," she said. "I keep it in my bag just like I carry a first aid kit to protect family, friends or anyone in the community from an overdose."

Visit the U.S. National Institute on Drug Abuse for more on overdose deaths.