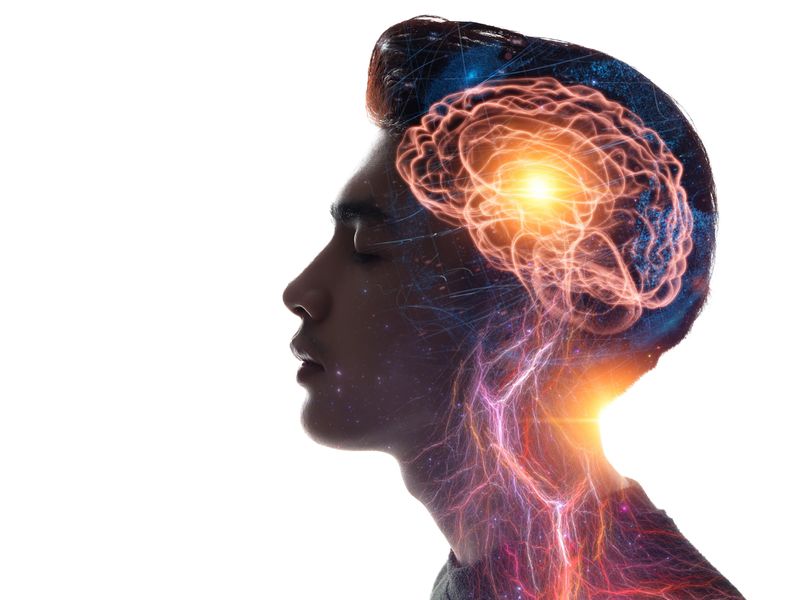 Mindfulness Can Help Ease Pain, and Scientists Think They Know How

For thousands of years, people have used meditation to help diminish their pain -- but how the process works has always seemed rather mysterious.

A first-of-its-kind study used MRI scans to discover that mindfulness meditation can interrupt the communication between brain areas that process pain and the neural network that produces a person's sense of self, researchers recently reported in the journal PAIN.

Essentially, pain signals still move from the body to the brain, but the meditating person feels less ownership over those pain sensations. As a result, their pain and suffering are reduced.

"It's still going to be painful. It's just not going to bother you as much," said senior author Fadel Zeidan, an associate professor of anesthesiology at the University of California San Diego School of Medicine. "The significance of what it means for who you are as a person is being diminished. This is no longer my pain. It just is."

For the study, Zeidan and his colleagues taught meditation to 20 people through four separate 20-minute mindfulness training sessions. Another 20 people listened to a book on tape for the same amount of time, to serve as a control group.

The researchers then placed all participants in an MRI scanner with a plate on the back of their leg that produces painful sensations of heat without causing a burn. Participants received painful heat for 10 episodes -- 12 seconds on, 12 seconds off, Zeidan said.

Participants reported their levels of pain during each brain scanning session, with the people who were taught meditation using the practice to diminish their pain.

People reported a 33% decrease in pain when they used meditation, Zeidan said.

In fact, the people in the control group who didn't know how to meditate experienced a 20% increase in their pain from the beginning to the end of the MRI session, as they became more sensitive to it, Zeidan said.

These results were expected. More interesting is what the MRI scans revealed.

Researchers found that meditation was associated with reduced synchronization between the thalamus -- part of the brain that relays incoming sensory information -- and a group of brain regions known the default mode network.

The default mode network is most active when a person is mind-wandering or processing their own thoughts and feelings. One part of this network is the precuneus, a brain area involved in fundamental features of self-awareness and one of the first regions to go offline when a person loses consciousness.

"The precuneus is super cool," Zeidan said. "It consumes the highest caloric metabolic energy in the brain, and is situated in the brain to integrate all sensory systems into one cohesive stream of self-referential consciousness."

The MRI scans showed that meditation produced greater decoupling between the thalamus and the precuneus, he said.

In other words, he said, the two regions are decoupling the appraisal of what that information means to them. "The more they're able to do that and let go, the better the pain relief," Zeidan said.

The default mode network "has been a very hot topic in neuroscience for the last 10 years, because the more you're involved this self-reference network, the less happy people are, the more depressed or anxious, and the more chronic pain they have," Zeidan said.

"This is the first study to show that this network can play a pain-modulatory role, which is pretty exciting," he said.

If this proves out, meditation could become a common practice taught by doctors or pain specialists to help people deal with problems like chronic low back pain, Zeidan said.

"If you think about it, is there anything out there that we can use to reduce someone's chronic pain immediately, so they can move on with their day?" he said. "I don't know of anything, really. You can take ibuprofen or whatever, but you've got to wait 45 minutes, if that works even. Meditation can immediately produce benefits."

This study provides "a good basis to start doing more research into" meditation for pain relief, he said.

"What they're saying with the regions of the brain that are involved and how it decouples, it makes complete sense," Danesh said.

He added that this gets into how complex pain really is.

"We often think of pain that when you touch something hot and you pull your hand back, but it's not that simple," Danesh said. "There are hundreds of thousands of inputs that go up into the brain and hundreds of thousands that come down. And then that overall process is how you experience pain."

Studies like this, which use rigorous science to better understand meditation, could help the practice become as widely accepted as acupuncture -- another ancient art for which the medical evidence has become so compelling that the Centers for Medicare and Medicaid Services now covers its use, Danesh said.

"We all agree that the mind and body are connected, and then when you start trying to delve further into it is when it starts sounding a little bit hokey and a little standoffish," Danesh said. "But in reality, the premise of the mind and body are connected is accepted by almost everybody. And so being able to tap into that can literally transform the way pain is controlled in our society."

The U.S. National Institutes of Health has more about meditation and mindfulness.