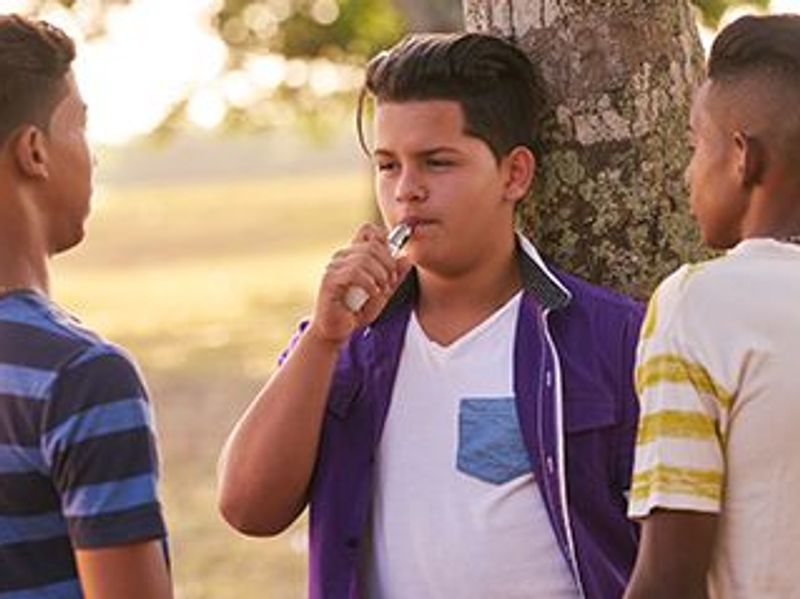 Teens Have Triple the Odds of Misusing Marijuana Compared to Adults

In yet another report that illustrates the dangers pot poses to the young, developing brain, a new British study finds teenagers are much more likely than adults to develop an addiction to marijuana.

"We found that teenagers are three and a half times more likely to have severe cannabis use disorder, which is essentially cannabis addiction," said lead researcher Will Lawn, a lecturer in addiction psychology with King's College London. "That's a very important harm which teenagers should be informed of."

However, marijuana use did not appear to cause any other harms to the teenage brain, his team found.

"Teenagers were not more vulnerable to associations between cannabis and depression, anxiety or psychotic-like symptoms, nor were they more sensitive to the associations with cognitive impairment in memory or impulsivity domains," Lawn said.

The problem will likely worsen: As pot has been legalized in more U.S states, teen use has risen roughly 20%, one California study suggested.

For this latest study, Lawn and his colleagues recruited 274 people, including 76 teenagers (aged 16 and 17) who used pot one to seven days per week. Cannabis users in the study toked up four days a week, on average.

All participants filled out questionnaires commonly used to assess symptoms of mental health problems, and the teenagers' responses were compared to adult pot users as well as both teens and adults who used pot very little or not at all.

The participants filled out questionnaires in five separate sessions over 12 months.

The researchers had suspected that pot might have serious detrimental effects on the teenage brain, since development in important brain regions is still going on at that age.

The same brain receptors that respond to THC - the chemical in pot that causes intoxication - are involved in brain development, "so you would be more likely to see negative impacts on mental health and cognitive function," Lawn said.

The investigators found that half the teens in the study had six or more symptoms for cannabis use disorder, which qualified them as having a severe disorder.

The results make sense, given what is known about brain development, said Linda Richter, vice president of prevention research and analysis for the Partnership to End Addiction.

"The brain adapts to the presence of the drug as it's developing, making addiction to marijuana as well as to other addictive substances more likely during this life stage," Richter said.

"Compounding the risk is that the parts of the brain that are more fully developed in adolescence are those responsible for seeking out new experiences and being influenced by one's peers, but the parts that are not yet fully developed are those responsible for controlling impulses and reining in risky or potentially harmful behaviors," she added.

"That's why early use of marijuana significantly increases the risk of substance use problems. In fact, use at a young age is one of the strongest predictors of developing addiction to the drug," Richter continued.

Parents should be aware of this addiction risk and have a frank discussion with their teens about it, Richter and Lawn said.

"Many parents still believe that the marijuana that teens are using today is no more harmful than the marijuana they may have smoked when they were teenagers. But the potency of marijuana has quadrupled over the past couple of decades and the concentration of THC is far higher in today's products, especially in vapes and edibles, than it was in the past," Richter said.

"Parents should inform themselves about the ways kids use marijuana, the unique risks of edibles and vapes, the fact that driving after using marijuana or with someone who has used is dangerous, and the fact that it's hard to know the THC dose and what contaminants might be in marijuana products," Richter stressed.

The new study was published in the Journal of Psychopharmacology.

The U.S. National Institute on Drug Abuse has more about marijuana.