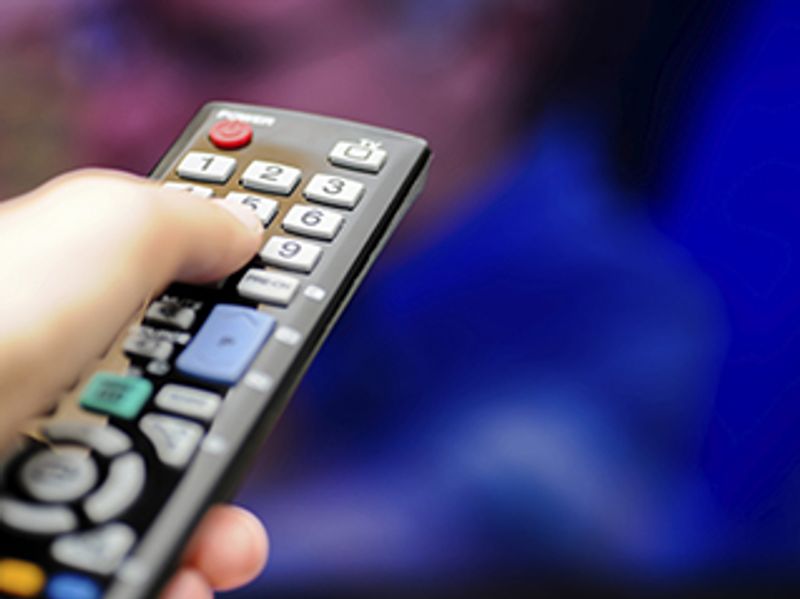 Limiting TV to Under 1 Hour a Day Could Slash Heart Disease Rates: Study

It's tempting to binge-watch TV shows, and it might be hard to get off the couch after just one or two episodes.

But it could be worth it.

Researchers calculated that if people committed to watching just under an hour of TV a day, 11% of coronary heart disease cases could be eliminated.

Though sedentary behavior or sitting for long stretches has previously been linked to coronary heart disease, this study turned the lens on screen-based sitting, including watching TV and leisure-time computer use.

The team also factored in a person's DNA, creating scores for the risk of developing coronary heart disease based on 300 genetic variants known to influence this common health condition.

"Our study provides strong evidence on the potential role that limiting time watching TV could play in the prevention of coronary heart disease," said Youngwon Kim, an assistant professor in the School of Public Health at the University of Hong Kong.

"People should try to reduce the amount of time watching TV, but at the same time, there are other measures that they might take, such as breaking up their TV viewing and doing some light exercise in between," Kim said.

The researchers found that people with higher polygenic risk scores (individual genetic risk) were at the greatest risk of developing coronary heart disease.

Who's most at risk?

People who watched TV more than four hours a day were at the greatest risk, regardless of their genetic risk scores.

Compared to those with the highest risks, people who watched two or three hours of TV a day had a relative 6% lower rate of developing coronary heart disease.

Those who watched less than one hour of TV daily had a 16% lower rate.

That's much less time than Americans are estimated to spend in front of the television. Between 2013 and 2017, people aged 15 and up spent an average of two hours and 46 minutes daily watching TV, according to the U.S. Bureau of Labor Statistics. It called watching television "America's favorite pastime."

About 659,000 Americans die from heart disease each year, the U.S. Centers for Disease Control and Prevention reports. Coronary heart disease is the most common type, responsible for 360,900 deaths in 2019.

People with coronary heart disease are also twice as likely to have a stroke, according to the study authors.

The study did not find that leisure-time computer use had any influence on developing coronary heart disease.

Why is TV the culprit?

The difference may be that TV viewing happens often in the evening after dinner, which is usually the most high-calorie meal of the day, the research team suggested. This could lead to higher levels of glucose and lipids in the blood.

The team also pointed out that people tend to snack more while watching TV and to watch for more extended times, whereas they're less likely to do that while on the computer.

Tracie Barnett is an associate professor in the family medicine department at McGill University in Montreal, Canada. She said, "While genetic risk for CHD (coronary heart disease) cannot be neglected, it's encouraging that these findings suggest that an entirely modifiable risk factor, namely TV watching, is linked to very meaningful reductions in the incidence of CHD."

Being sedentary affects the heart for several reasons, Barnett said. Sometimes, it displaces other activities that are healthier, including light activity. People may be less mindful of their food intake while watching TV and more exposed to fast-food advertising, according to Barnett, who is also an American Heart Association volunteer expert.

"Being sedentary is also associated with less time outdoors, possibly less social interaction, and less exposure to green spaces and other factors that are beneficial to health," she added.

While it can be difficult to regulate some sitting time, such as sitting while working, it's a good idea to take frequent breaks, Barnett said.

Any amount of physical activity or movement is better than none, she noted. Replace sitting with standing and replace standing with walking, when possible.

Adults should get at least 150 minutes of moderate-intensity exercise or 75 minutes of vigorous activity weekly, according to national guidelines.

"More activity leads to greater health benefits, and it is also recommended that adults do some muscle strengthening activities, involving all major muscle groups, on two or more days a week," Barnett said. "In addition to being more active and less sedentary, healthy diets and adequate sleep contribute to heart health."

There is a well-established association of decreased physical activity and sedentary behavior with increased cardiovascular risk, said Dr. Erin Michos. She is associate director of preventive cardiology at Johns Hopkins School of Medicine, in Baltimore.

"As highlighted in other studies, one's DNA is not necessarily their destiny," Michos said.

Even among those who have a high genetic risk for developing heart disease, following a healthy lifestyle can offset some of that risk, she said. Michos also suggested cutting back on TV.

"It's time to put away the remote control and get moving! Maybe just listen to one of your favorite shows by audio as you go for a nice heart-healthy brisk walk," Michos said.

The findings were published online May 24 in BMC Medicine. The study tracked more than 373,000 people of European ancestry without known coronary heart disease from the UK Biobank data.

The U.S. Bureau of Labor Statistics has more on America's TV habits.