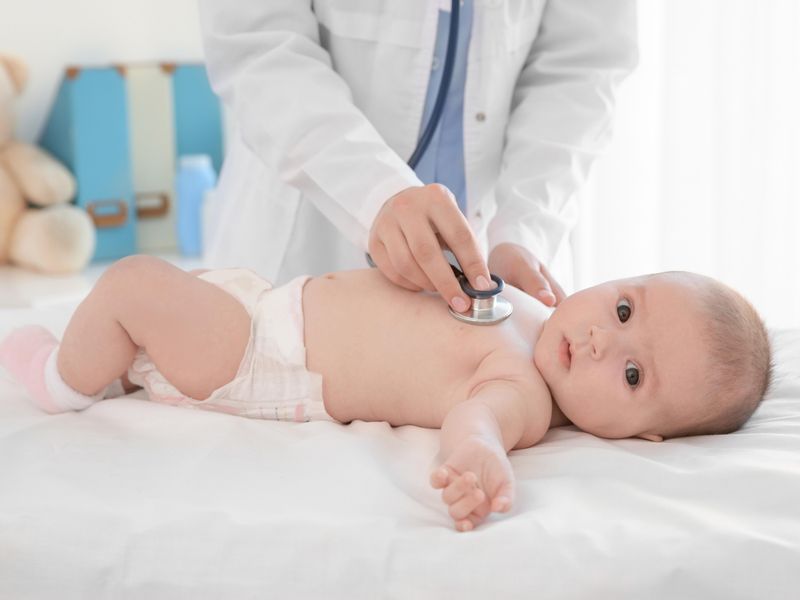 Babies delivered by cesarean section are no more likely to have food allergies during their first year of life than other infants, according to an Australian study.

The association between type of delivery and food allergy risk had been unclear, so researchers decided to take a closer look.

For the study, they analyzed data on more than 2,000 infants in Australia; 30% were delivered by C-section. The rate of food allergy at 12 months of age among babies born by C-section was 12.7%, compared with 13.2% among those delivered vaginally.

"Additionally, there was no difference in likelihood of food allergy if the cesarean was performed before or after the onset of labor, or whether it was an emergency or elective cesarean," said study co-author Rachel Peters. She is an associate professor at Murdoch Children's Research Institute in Melbourne.

The findings were published online May 18 in the Journal of Allergy and Clinical Immunology: In Practice.

It was thought that a lack of exposure to bacteria from the mother's vagina might put C-section infants at increased risk for food allergy, Peters said.

"Babies born by cesarean have less exposure to the bacteria from the mother's gut and vagina, which influences the composition of the baby's microbiome and immune system development. However, this doesn't appear to play a major role in the development of food allergy," Peters said in an institute news release.

The findings can help health care providers assess the risks and benefits of C-section and provide reassurance for mothers who require one, Peters added.

In a related study, Peters and her colleagues found that 30% of peanut allergy and 90% of egg allergy naturally resolves by 6 years of age. But infants with early-onset and severe eczema and multiple allergies were less likely to outgrow their egg and peanut allergies.

Those babies should be targeted for early trials to evaluate new treatments for food allergy, such as oral immunotherapy, according to Peters.

The second study was published online May 18 in the Journal of Allergy and Clinical Immunology.

The American Academy of Allergy, Asthma & Immunology has more on food allergies.