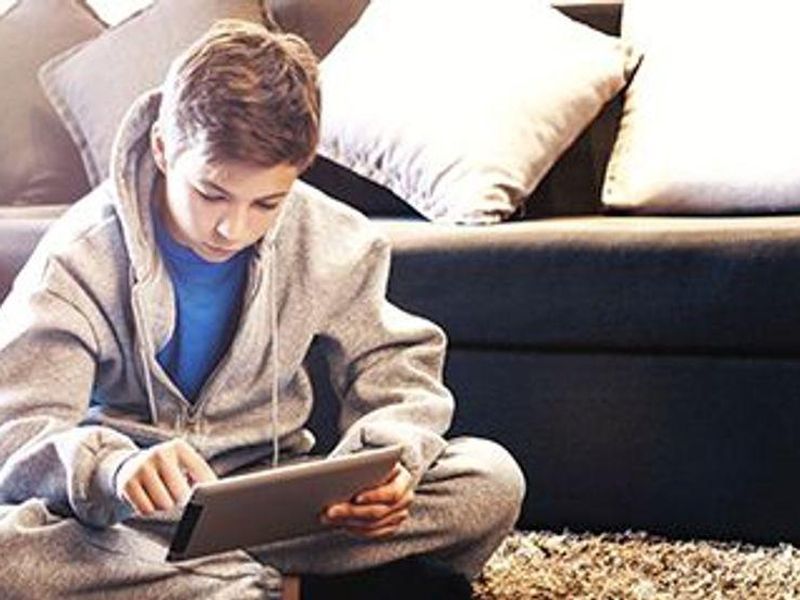 Is Pandemic Social Media Use Worsening Tic Disorders in Teens?

For reasons that remain murky, new research warns that a spike in social media use during the pandemic might have worsened tic disorders in children.

Tics are sudden twitches, movements or sounds that people do repeatedly because they can't control their body.

In the study, 90% of 20 tic patients aged 11 to 21 said they increased their use of social media during the pandemic. While tic frequency did not appear to rise with social media use, the scientists found that more time spent on social media was associated with the onset of more severe tic behaviors.

Still, study author Dr. Jessica Frey stressed that the finding is preliminary. A larger study involving more tic patients is already in the works, to better understand exactly what is afoot.

"We don't yet know the 'why' regarding the link" between social media and tic severity," said Frey, a movement disorders fellow in the Department of Neurology at the University of Florida.

So, Frey and her colleagues set out to see if there was a connection between the two.

"Tics most commonly begin in childhood or adolescence and then improve or resolve completely during adulthood, although up to 20% may continue to have tics during adulthood," Frey explained.

According to data from the U.S. Centers for Disease Control and Prevention, it is not entirely clear how many American children struggle with Tourette syndrome, a tic disorder, though estimates suggest that it may affect as many as 1 out of every 162 children (0.6%).

Kids with tics are known to struggle with stigma and bullying, noted Frey, leading to "difficulty with interpersonal relationships, including impairments in social, psychological and intellectual development."

For the study, all the participating adolescents were asked to report how much time they spent on social media during the pandemic; how often they had tics; the severity of their tics, and how they perceived their overall quality of life.

About two-thirds said they used social media between four and five times per day, at an average of 5.6 hours daily. Upwards of 85% said their tic behavior had increased since the start of the pandemic, while half said that they believed that using social media aggravated the nature of their tics.

While the frequency of tics was not linked to time spent on social media, tic severity was.

Part of it might be explained by a recent increase in the number of videos posted on social media that seek to demonstrate tic behavior, Frey noted. In turn, that might perhaps "lead to inadvertent reinforcement of tic-like behavior in individuals who watch the videos."

That possibility was echoed by Dr. Naomi Lubarr, an assistant clinical professor in both neurology and pediatrics at Mount Sinai Hospital in New York City.

But Lubarr, who was not involved in the study, added that it's not entirely clear that social media use itself directly aggravates tic behavior.

Instead, it could be that increases in social media use during the pandemic simply overlap with other mental health issues, Lubarr said, such as "increased stress/anxiety, closure of in-person school, [and] changes to normal routine and activities."

However, Frey reiterated that "we do not yet know for sure why this potential link exists. [But] we are hoping to explore beliefs about tics, where patients and parents obtain information about tics, and more details about social media use in a larger follow-up study."

Frey presented the findings on Monday during a meeting of the American Academy of Neurology in Seattle. Such research is considered preliminary until published in a peer-reviewed journal.