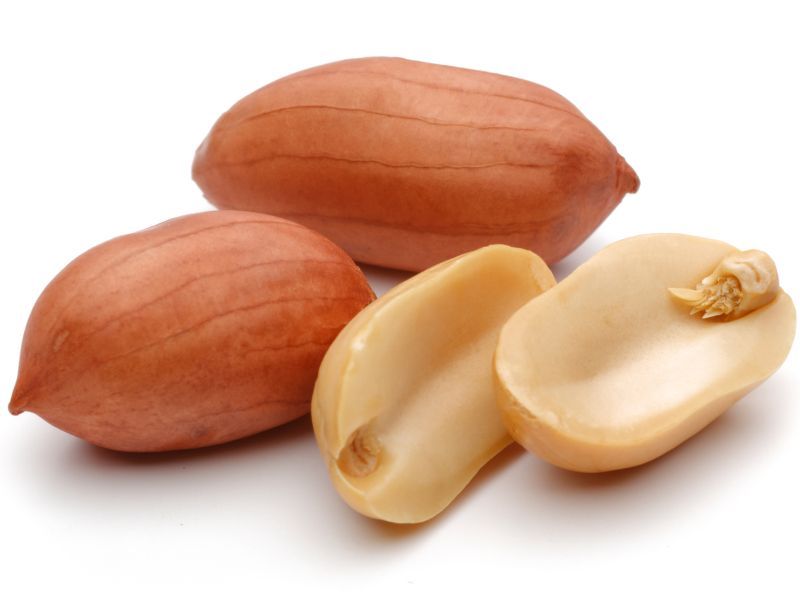 Some kids might be able to get over their peanut allergy if they start immunotherapy while they're still toddlers, a major new clinical trial reports.

In the trial, a group of 1- to 3-year-olds with severe peanut allergies were safely fed gradually increasing daily doses of a peanut protein flour to help accustom their immune systems to the allergen.

About one in five wound up able to eat a handful of peanuts without an allergic reaction, even after they'd been off their therapy for six months, researchers reported Jan. 22 in The Lancet.

"We believe that this shows that if we can identify children with peanut allergy and intervene early with an oral treatment protocol, there is a chance we could really change their trajectory for severe allergic reaction and even potentially get kids into remission where they, down the road, would not be peanut allergic," said lead researcher Dr. Stacie Jones. She is a professor of pediatrics in allergy and immunology at the University of Arkansas for Medical Sciences and Arkansas Children's Hospital, in Little Rock.

The earlier the child started the therapy, the better their chance of losing their allergy, the researchers found. About 71% of the 1-year-olds went into remission, compared with 35% of the 2-year-olds and 19% of the 3-year-olds.

Currently, the only immunotherapy approved by the U.S. Food and Drug Administration (FDA) for peanut allergies -- a peanut-derived powder called Palforzia -- is approved for treatment of kids 4 to 17, Jones said.

Jones and her colleagues suspected that children much younger than that might benefit from immunotherapy. At that stage, "the immune system is very dynamic, has a lot of plasticity," Jones said.

For the study, the researchers recruited nearly 150 young children at five academic medical centers across the United States, and assigned two-thirds to undergo peanut immunotherapy while the rest received an inactive placebo.

The toddlers were all highly allergic to peanuts, and often also had other food allergies or immune conditions like asthma or eczema, Jones noted.

"At their initial food challenge to get into the study, they reacted to the equivalent of 25 milligrams of peanut, which is about a tenth of a peanut," Jones said.

Even at that age, symptoms of peanut allergy are usually quite dramatic, according to the American College of Allergy, Asthma, and Immunology (ACAAI).

The most severe reaction is anaphylaxis, a whole-body immune response that can include impaired breathing, swelling in the throat, a sudden drop in blood pressure, pale skin, blue lips, fainting or dizziness, the ACAAI says.

During an initial 30-week period, the kids in the treatment group were fed ever-growing doses of peanut flour mixed into foods like applesauce or pudding, until they reached a maximum target dose of 2 grams (equivalent to about six peanuts). They then continued to eat a daily dose of peanut flour for the next two years.

At the end of the two years, the children underwent a food challenge to test the status of their peanut allergy.

"We found that of the children that started the study, 71% reached the desensitization endpoint," Jones said. "They went from being able to consume only about a tenth of a peanut as a group, up to 5 grams, or 16 peanuts."

The clinical trial stopped the kids' treatment at that point and asked them to avoid peanut for six months. They were then brought back for a second food challenge to see how long the effects of their therapy had lasted.

About 21% of the children still could eat 5 grams of peanut during the second challenge without having an allergic reaction, compared with only 2% of kids in the placebo group, according to the study.

"Even the ones that didn't tolerate the 5 grams, 40% of them were able to tolerate almost half that or a little less," Jones said. "It implies if we understood this better we really might be able to help kids outgrow their allergy and introduce that food into their diet."

Although nearly all the children who received peanut flour had at least one dose-related allergic reaction during treatment, most were mild to moderate, the study authors said. Twenty-one kids received the rescue drug epinephrine for 35 moderate reactions to peanut flour during the treatment period.

Starting immunotherapy at such a young age "can shorten the gap of how long someone must live with peanut avoidance as their main management style," said pediatric allergist Dr. Matthew Greenhawt, who wrote an editorial that accompanied results of the clinical trial.

"This would make most kids immediately eligible to start therapy very close to the time of diagnosis, which is important now with a push to introduce peanut in the first year of life leading to earlier diagnosis in some children," said Greenhawt, director of the Children's Hospital Colorado Food Challenge and Research Unit in Aurora, Colo. "As well, this can help increase the number of peanut allergic children who could be treated before starting school."

However, Jones warned that at this point "we don't think this is ready for prime time. We think more study needs to occur with better age-stratified groups of children treated to really understand the impact of this."

The American College of Allergy, Asthma, and Immunology has more about peanut allergy.