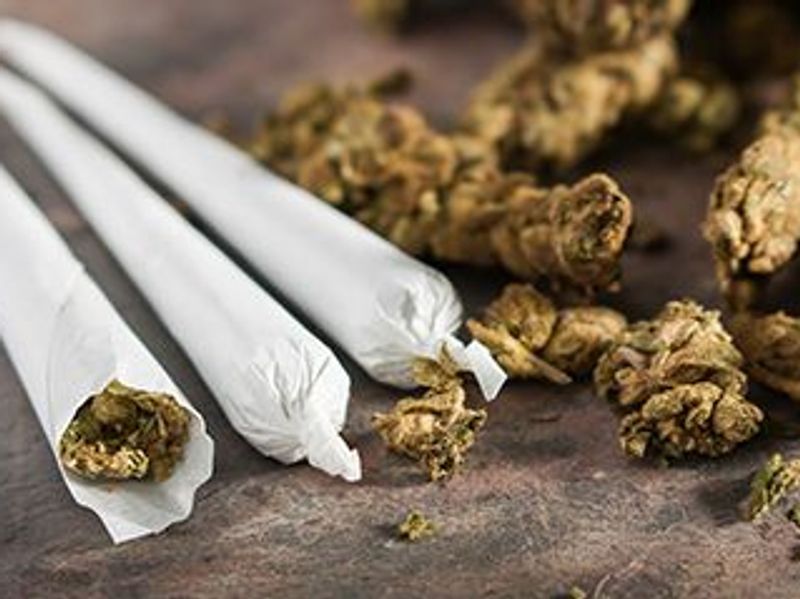 Some recreational pot shops are using tricks from the old playbooks of alcohol and tobacco companies to target underage users on social media, a new study reports.

Despite state laws restricting such marketing, researchers found marijuana retailers on social media promoting their wares with posts that:

"Those types of restricted content basically come from evidence around ways that tobacco and alcohol companies used to appeal to youth," said lead author Dr. Megan Moreno, division chief of general pediatrics and adolescent medicine at the University of Wisconsin-Madison.

"For example, discounts and promotions are actually ways to draw in youths to use your products because they're very price-sensitive, and branded content is a way to draw in young people because they want the hats and the T-shirts," she said.

For this study, Moreno and her colleagues decided to examine how pot shops were using social media to market their goods, looking specifically at four of the "early adopter" legalization states: Washington, Oregon, Colorado and Alaska.

"The one remaining Wild West of marketing is still social media, and one of the issues with social media is that these platforms are most highly frequented by youth," Moreno said. "Essentially, we were wondering what's happening in a lightly regulated environment that's populated by youth, and how are cannabis companies leveraging that."

For the study, the researchers evaluated one year of publicly displayed posts on Facebook and Instagram from companies located in the four states.

One piece of good news -- of 80 recreational weed retailers identified by the researchers, only 16 had a presence on both social media sites, and two of those companies deleted their pages during the study period. Researchers wound up with 2,660 posts from 14 businesses.

About 35% of the posts featured discounts or promotions, even though such marketing is restricted, the study reported. About 7% of posts used pop culture references; 6% featured store-branded products; and 6% appealed to youth through the use of cartoon characters.

About 12% of the social media posts also promoted the idea that you should use marijuana products until you're very impaired.

Linda Richter, vice president of prevention research and analysis with the Partnership to End Addiction, noted that this is all happening in states with "some of the most robust youth protection provisions in their recreational, or adult use, marijuana laws."

Because of that, she said, "the findings are likely quite conservative regarding the extent to which cannabis businesses stray from state marketing restrictions and requirements, such that the actual state of affairs is probably worse and more damaging to teens than reflected in this study."

Richter added that "there's little doubt, based on years of research on tobacco and alcohol advertising and more recent research on marijuana, that advertising and marketing that has youth appeal or that exposes young people to the positive aspects of marijuana have a significant impact on teens' attitudes and behaviors around marijuana use."

Such tactics have been strongly associated in research studies with "reduced perceptions of the risks of marijuana, more acceptance of marijuana use as normal, and more intentions to use marijuana among young people," Richter said.

The social media posts also did a poor job including messages required by law in marijuana marketing, the researchers found. For example, only one-quarter of posts said pot can only be used by those 21 or older, and a similar percentage urged readers to avoid driving impaired.

One problem is that regulations surrounding marijuana marketing vary from state to state, Moreno said. Of the four states, only Alaska and Washington prohibit sales and promotions, for example, while only Washington prohibits store-branded merchandise.

Until recreational pot is legalized at the federal level, it's unlikely that you'll see uniform laws or regulations governing the marketing of these products, said Paul Armentano, deputy director of NORML, an advocacy group promoting reform of marijuana laws.

"Any potential standardization of rules and regulations governing the marketing of cannabis products is likely impossible in a legal environment where cannabis remains federally illegal, thus leaving the creation and imposition of such standards up to the individual states and localities for the foreseeable future," Armentano said.

Moreno said states should consider banning marijuana marketing from social media, considering that youth comprise about 70% of the audience for a site like Instagram.

If not that, she said states ought to require that social media platforms restrict pot marketing to people of legal age.

"The alcohol industry has actually done a fantastic job with this," Moreno said. "If you are on Instagram and you are under 21, you can't even find or access any alcohol content that is put out by alcohol companies. That's called age gating, meaning the content doesn't even appear unless you're of age."

States also could step up enforcement of their existing rules around pot marketing, with stiff fines to discourage violators, she said.

"Many companies and many policymakers are still trying to navigate how to treat social media. I think there's a view that it's not real or not real life or it doesn't really count or that it's ephemeral," Moreno said.

"I think now is a good time for us to think about how pervasive and influential that content is, as we think about the different ways it's touched our life in COVID and politics and all sorts of different ways," she added. "I think it's time to realize that what happens on social media is real life. It's taken us a while as a society to figure out that we can regulate it as real life."

Such regulations are part of the strength of an above-board and legal pot marketplace, Armentano said, adding that NORML supports restrictions that bar ads in public spaces or marketing that targets young people.

"In licit marketplaces, licensed players are motivated to abide by regulations -- such as limitations on the manner with which products may be advertised and marketed -- whereas in illicit unregulated markets, participants are not compelled to play by any rules," he said. "Unlicensed, illicit players have no qualms marketing their products to young people, possess no incentive to check ID for proof of age, and possess few if any motivations to change their behaviors."

The new study was published online Jan. 19 in the Journal of Studies on Alcohol and Drugs.

The Truth Initiative has more about legalized marijuana and youth.