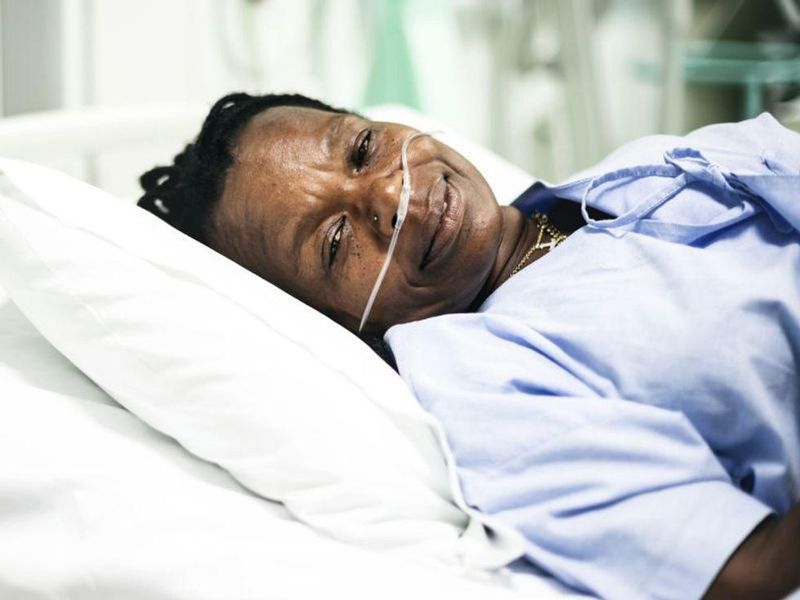 A condition called lymphedema is a well-known side effect of breast cancer treatment that can lead to swelling in the arms and legs.

New research suggests that Black women experience are at more than three times the risk of this painful issue compared to white women.

Understanding the links between race, cancer treatment and the effects of treatment could ultimately help improve quality of life for breast cancer patients and survivors, Barrio said in a news release from the San Antonio Breast Cancer Symposium.

Lymphedema has been somewhat overlooked in the research arena, said Dr. Stephanie Bernik, an associate professor of breast surgery at Icahn School of Medicine at Mount Sinai in New York City. She was not involved in the study.

"This study hints at some of the possible reasons for racial disparity, as women with lymphedema were more likely to undergo radiation therapy and chemotherapy before surgery," Bernik said.

"Black women with lymphedema were also more likely to have a higher BMI [body mass index], a known risk factor for developing lymphedema. There very well may also be a genetic component but more study needs to be directed to the root causes of the problem," she added.

For the study, the researchers enrolled more than 300 breast cancer patients and used arm volume measurements rather than more common self-reported experiences or diagnosis codes.

The researchers measured patients' arm volume at baseline, after their surgery and at six-month intervals. The study defined lymphedema as relative volume change of 10% or greater from the baseline.

At 24 months of follow-up, about 25% of the women had developed lymphedema. Black women had a 3.5-fold increased risk of lymphedema compared to white women, the findings showed.

Hispanic women also had greater odds of lymphedema than white women, with a threefold increased risk. The study authors noted that the Hispanic study population was small (just 6%), so further study would be necessary to confirm these findings.

The type of treatment seemed to make a difference. Women who had received neoadjuvant chemotherapy -- chemo before surgery -- and then lymph node removal were twice as likely to develop lymphedema as their counterparts who had upfront surgery followed by axillary lymph node dissection, the study found.

Barrio said other research has proven that Black women are often diagnosed with later-stage breast cancer. They are thus more likely to need the axillary surgery that can increase risk for lymphedema. Still, Black race was the strongest predictor of lymphedema development.

Other factors associated with a higher risk of lymphedema were older age and increasing time from surgery.

The findings will be presented this week at the breast cancer symposium. Findings presented at medical meetings should be considered preliminary until published in a peer-reviewed journal.

The U.S. National Cancer Institute has more on lymphedema.