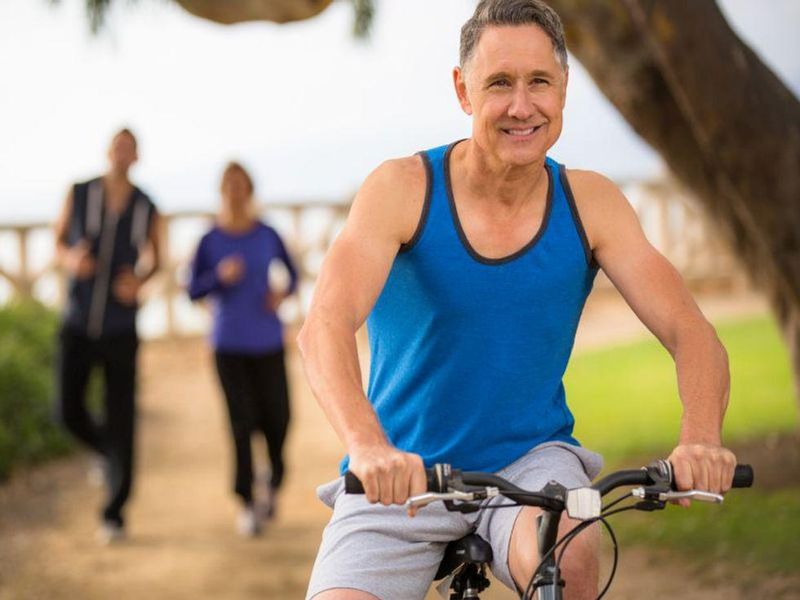 Becoming a couch potato as you get older goes against evolution and puts your health at risk, a new study suggests.

Humans have evolved to be active in their later years, and staying active can protect against heart disease and a number of other serious health problems, according to researchers at Harvard.

"It's a widespread idea in Western societies that as we get older, it's normal to slow down, do less, and retire," said the study's lead author, Daniel Lieberman. He is an evolutionary biologist at Harvard University in Cambridge, Mass. "Our message is the reverse: As we get older, it becomes even more important to stay physically active."

Physical activity later in life shifts energy away from processes that can harm health -- such as excess fat storage -- and toward cellular and DNA repair and maintenance processes that have been shown to lower the risk of diabetes, obesity, cancer, osteoporosis, Alzheimer's and depression, according to the report published Nov. 22 in the Proceedings of the National Academy of Sciences.

The study compares humans to apes. The researchers pointed out that apes, which typically live 35 to 40 years in the wild, are much less active than most people -- suggesting that humans evolved not just to live longer but also to be more active.

Modern-day hunter-gathers average about 135 minutes of moderate to vigorous physical activity a day. That's six to 10 times more than a typical American and may be why hunter-gathers who survive childhood tend to live about seven decades.

One benefit of physical activity is a longer, healthier life, the study authors said in a university news release.

"The key take-home point is that because we evolved to be active throughout our lives, our bodies need physical activity to age well," Lieberman said. "In the past, daily physical activity was necessary in order to survive, but today we have to choose to exercise, that is do voluntary physical activity for the sake of health and fitness."

The researchers noted that physical activity levels have fallen worldwide as machines and technology have replaced human labor, and another recent study from Lieberman's lab showed that Americans are less physically active than they were 200 years ago.

"The key is to do something, and to try to make it enjoyable so you'll keep doing it," Lieberman said. "The good news is that you don't need to be as active as a hunter- gatherer. Even small amounts of physical activity -- just 10 or 20 minutes a day -- substantially lower your risk [of premature death]."

The U.S. National Institute on Aging has more about exercise and physical activity.