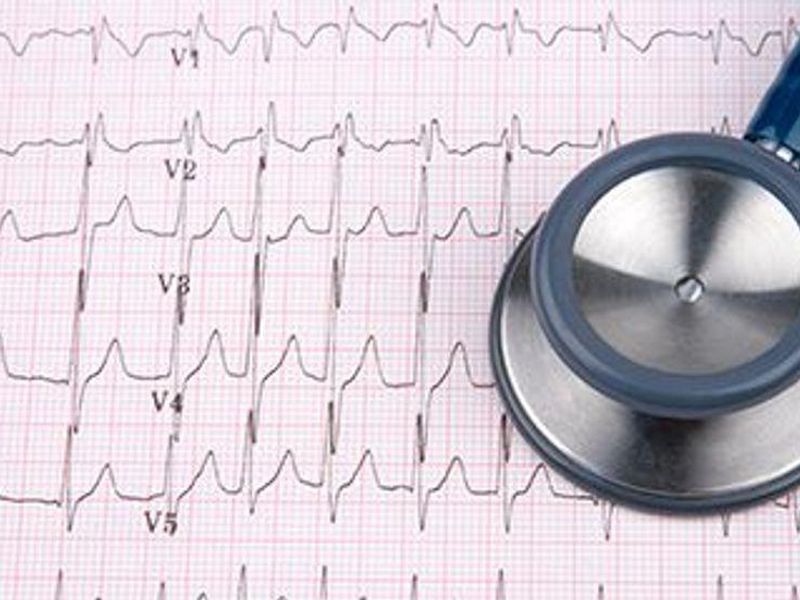 If they have diabetes, people with atrial fibrillation (a-fib) are less likely to notice symptoms of the common heart rhythm disorder. They also tend to have a higher risk of serious complications, a new study finds.

"It is remarkable to find that patients with diabetes had a reduced recognition of atrial fibrillation symptoms," said study co-author Dr. Tobias Reichlin, a professor of cardiology at Bern University Hospital in Switzerland.

Failure to spot those symptoms "may result in a delayed diagnosis of atrial fibrillation, and, consequently, more complications such as stroke. Our findings raise the question of whether patients with diabetes should be routinely screened for atrial fibrillation," Reichlin said.

At least 2.7 million people in the United States have a-fib, which can lead to blood clots, stroke, heart failure and other heart-related complications. That number of people is expected to rise to 12.1 million by 2030.

Type 1 and 2 diabetes are among a number of chronic conditions that increase the risk of the heart rhythm disorder, so researchers decided to investigate whether a-fib symptoms and complications differ between people with and without diabetes.

The study included more than 2,400 a-fib patients in Switzerland, with an average age of about 74. About 17% had diabetes.

Those with diabetes also had more mobility problems. They were less able to look after themselves and to do normal activities than those without diabetes, according to the study. The results were published Nov. 10 in the Journal of the American Heart Association.

This study "can provide insights on improving the management of atrial fibrillation and prevention of its complications," Reichlin said in a journal news release.

The Heart Rhythm Society has more on atrial fibrillation.