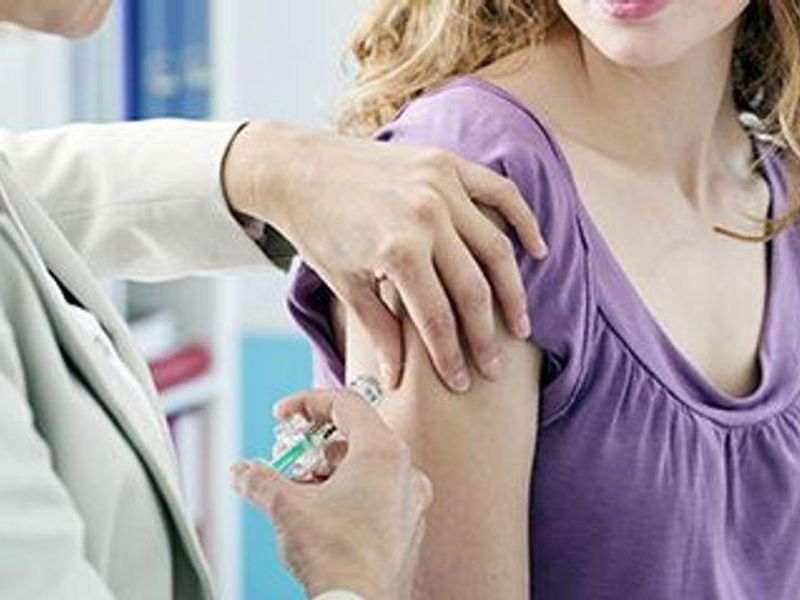 The sooner girls are vaccinated against human papillomavirus (HPV), the lower their future risk of cervical cancer, a new study finds.

Compared to unvaccinated women, the risk of cervical cancer was 87% lower among those who received the bivalent vaccine Cervarix at ages 12 or 13. By contrast, it was 62% lower in those who got the vaccine at ages 14-16 and 34% lower those vaccinated at ages 16-18.

The findings are from an analysis of cancer registry data gathered from women in England between January 2006 and June 2019. They were 20 to 64 years old by the end of 2019.

"Early modeling studies suggested that the impact of the vaccination program on cervical cancer rates would be substantial in women aged 20-29 by the end of 2019. Our new study aims to quantify this early impact. The observed impact is even greater than the models predicted," he said in a journal news release.

The bivalent vaccine Cervarix protects against the two most common types of HPV that cause 70%-80% of all cervical cancers. These two targets are present in as many as 92% of women diagnosed with cervical cancer before the age of 30.

"The scale of HPV vaccination effect reported by this study should stimulate vaccination programs in low- and middle-income countries where the problem of cervical cancer is a far greater public health issue than those with well-established systems of vaccination and screening," Dr. Maggie Cruickshank, a professor at the University of Aberdeen, wrote in an accompanying commentary.

"The most important issue, besides the availability of the vaccine [related to the decision-makers in the health policy], is the education of the population to accept the vaccination, as an increase in the rate of immunization is a key element of success," Cruickshank wrote.

The U.S. Centers for Disease Control and Prevention has more on HPV vaccination.