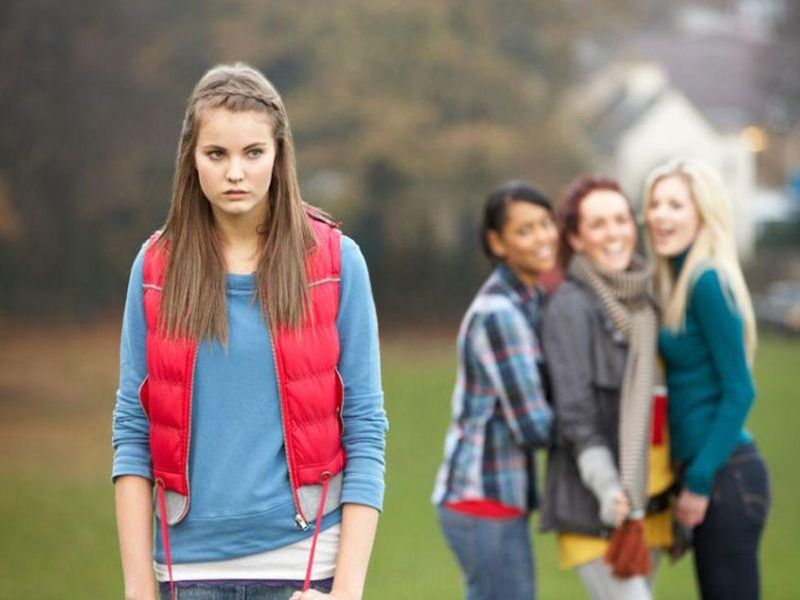 Kids With Food Allergies Are Often Targets for Bullies

Life is challenging enough for teens and pre-teens with food allergies. But bullying often comes with the territory, making their situation worse.

In a new study of more than 100 kids with food allergies, nearly one-third said they had been subject to some form of food allergy-related bullying.

"We also found that only 12% of parents reported that their child was bullied for food allergies, which tells us they don't always know when bullying is happening," said study lead author Linda Herbert.

Herbert is director of the psychosocial clinical program in the Children's National Hospital division of allergy & immunology, in Washington, D.C.

The study involved 121 children, aged 9 to 15, along with their caregivers. The kids were allergic to at least one of eight common foods, including peanuts, tree nuts, cow's milk, eggs, wheat, soy, shellfish and fish.

According to the American Academy of Allergy, Asthma & Immunology, food allergies occur when your immune system overreacts to a specific protein found in a certain food, even when the food is ingested in very small amounts. And while food allergies can develop later in life, they are often initially diagnosed during childhood.

Herbert and her team noted that this type of bullying is a recognized concern, but their investigation was designed to gain more insight into the scope of the problem.

For example, explained Herbert, "one of the questions that early adolescents answered asked for a simple 'yes' or 'no' in response to the question: 'Were you ever bullied, teased, or harassed about your food allergy?'"

But digging deeper, the team asked the kids "to select if anything in a list of experiences had ever happened to them." The list included having had an allergen waved at them, being threatened with an allergen, or being excluded from an activity due to their food allergy.

In response, nearly one-third (31%) said they had, in fact, been bullied in one way or another.

Among those who had, two-thirds said they had been verbally harassed, teased, threatened, intimidated or criticized because of their allergy.

And just over half of bullying victims said they had been subjected to physical taunting. Some had had a problematic food tossed at them, or even slipped into their meal on purpose.

Herbert acknowledged being surprised "to see how many early adolescents said someone had done something physical, like having an allergen waved in their face. If youth are being threatened in school, they may be less likely to tell others about their food allergies and they may feel less safe in school."

This may explain why so many caretakers said they had no idea that allergy bullying was a problem.

So what are parents to do?

"We would recommend that parents check in with their children about their experiences with peers at school, especially about situations that involve food," advised Herbert.

"Based on our findings," she added, "we would also recommend that parents do more than just ask 'are you being bullied about your food allergy?' They may not get all the information they need."

Instead, she said, check in with open-ended questions. "You might say, tell me how lunch was today at school; tell me about who you ate lunch with; or how did that school party go today?" You might also ask how your child's friends are supporting their food allergy management, or if there are ways your child's friends are making it hard for them to feel safe in school.

If bullying does arise, caregivers should make sure their child understands that it's not OK and get teachers and school administrators involved, Herbert advised.

The school "should be encouraged to quickly and consistently respond to the bullying," she said. There may be small ways the classroom or lunchroom can be changed to downplay differences due to food allergy. Also, school programs that educate children about the seriousness of food allergies can be helpful.

Parental involvement is key, seconded Dr. David Stukus, a pediatric allergist and Board of Regents member at the American College of Allergy, Asthma and Immunology.

While noting that bullying may not always be intentional, Stukus agreed that "the psychosocial impact of living with food allergies is being increasingly recognized, and hopefully addressed with all families."

Stukus suggested parents keep an eye out for "subtle clues." Those, he noted, might include declining grades, less excitement about previously enjoyed activities or social withdrawal.

The report was published in the Oct. 5 issue of the Journal of Pediatric Psychology.

There's more on teens and food allergies at FARE.