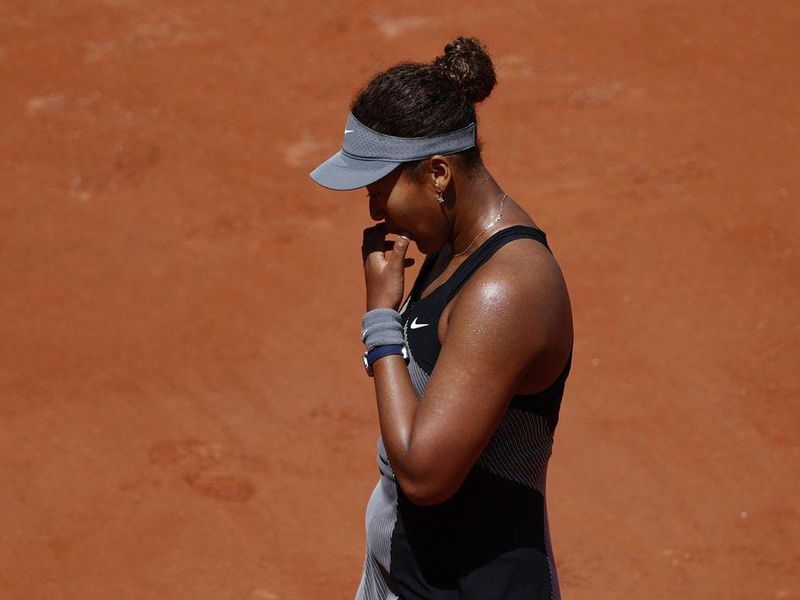 On Tuesday, tennis star Naomi Osaka announced her withdrawal from the French Open. The reason: An ongoing battle with depression and anxiety.

As the world's No. 2 woman's tennis player and a four-time Grand Slam tournament winner at the age of just 23, many fans may have been taken aback that someone so young and successful might nonetheless battle with mental health issues.

But experts say it really shouldn't come as a surprise.

"We need think only of the tragic, recent losses of Robin Williams, Kate Spade, Prince and others to know that mental health problems can affect anyone," Sullivan said.

Sanam Hafeez, a neuropsychologist and faculty member at Columbia University in New York City, agreed. She said, "To the outside looking in, people often think that money and fame are a cure-all. But there are numerous cases of people who were less depressed before they became famous."

Indeed, fame can be "a heavy burden to bear, especially in a time where every phone has a camera and every person can have a public opinion on social media platforms," Hafeez stressed.

And when immense fame comes at a very young age it can give rise to so-called "imposter syndrome," she added, alongside a constellation of fears revolving around the threat of "losing it all, becoming a 'has been' and constantly being aware of saying and doing 'the right thing' to keep sponsors and fans placated."

"It may be surprising to some people that someone who is very successful is depressed or anxious," LeMonda noted. "However, clinicians and professionals in the field of mental health recognize that psychiatric illness can and does affect anyone, regardless of career, money, [or] fame. In some cases, anxiety and depression can be more prevalent in high-achieving individuals given perceived pressure or perceived risk of failure. But mental health disorders do not discriminate and can affect those who are incredibly successful on the outside."

Osaka said her battle with depression dates back to a victory she had - not a loss - at the 2018 U.S. Open in New York City. On that particular occasion, she vanquished tennis legend and apparent crowd favorite, Serena Williams.

"The truth is that I have suffered long bouts of depression since the U.S. Open in 2018 and I have had a really hard time coping with that," she noted in an Instagram post on Tuesday, in a statement that amounted to her first public acknowledgement of an enduring struggle with depression.

But the particulars of her life challenges aside, it's an affliction that puts Osaka in very common company, both Hafeez and LeMonda noted.

Depression strikes "more than 264 million people of all ages" and walks of life around the world, Hafeez explained, while anxiety disorder is considered the most common mental illness in the United States, touching the lives of roughly 40 million American adults.

And while no doubt a difficult moment in Osaka's life and career, both Hafeez and LeMonda said her decision to come forward with her story could prove immensely helpful to millions who share her pain, by helping to alleviate the stigma that is often associated with mental illness.

Turning fame to a good cause

"I think it's very powerful when those we idolize or look up to use their platforms to acknowledge their own struggles," said LeMonda. "It helps to 'normalize' our own difficulties and allows us to recognize that psychiatric disorders do not discriminate and can affect anyone."

Hafeez observed that "Ms. Osaka's public disclosure comes on the heels of Prince Harry and Meghan Markle. In the latter you have royalty, and in the former you have a world-class athlete." And the fact that millennials and Gen Z celebrities are willing to be so open could prove to be "a game-changer for 'regular folks,'" Hafeez said.

Sullivan agreed, adding that, "insofar as celebrities inspire their fans, modeling vulnerability and transparency is helpful, as is prioritizing self-care (as Ms. Osaka did) and seeking treatment (which Ms. Osaka appears to have done as well)."

Still, when it comes to overcoming the stigma of depression, Hafeez noted, "change takes time."

Yet, with the attention to mental health concerns that an announcement like Osaka's brings, Hafeez hopes that, eventually, "just like one can call in a sick day for a headache or take maternity leave, the same consideration and understanding will be given toward mental health issues in the corporate world. Removing the stigma is half the battle."

"It is my hope that as more individuals with these powerful platforms continue to speak up, stigma against mental illness will continue to dissipate and we will no longer have to hide our struggles," she said. "This will greatly improve treatment outcomes."

There's more on depression at the U.S. National Institutes of Health.