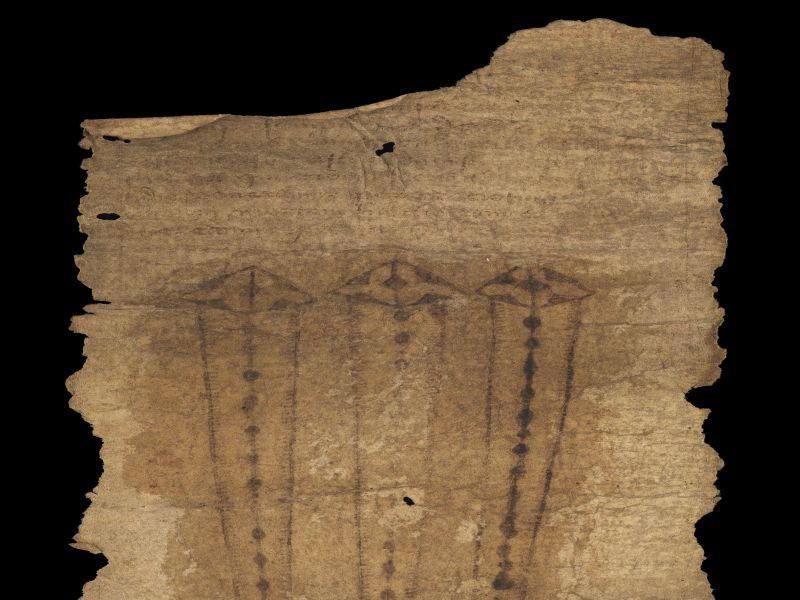 In medieval Europe, when childbirth was highly perilous for both mother and child, women and those caring for them used various talismans to try to influence a safe delivery.

Not many of those relics have survived, but scientists have been studying one -- a parchment "birthing girdle" -- using non-invasive sampling and protein analysis.

"Although these birth girdles are thought to have been used during pregnancy and childbirth (as the name indicates), there has been no direct evidence that they were actually worn," said Dr. Sarah Fiddyment, of the McDonald Institute for Archaeological Research at the University of Cambridge, in England.

"This girdle is especially interesting as it has visual evidence of having been used and worn, as some of the images and writing have been worn away through use, and it has many stains and blemishes," Fiddyment said.

Women often died during childbirth because of difficulties during delivery as well as postpartum infection, uterine prolapse and other complications.

Birthing girdles were made from silk, paper, parchment or other materials. Many were destroyed after the Protestant Reformation. Many contained prayers for general protection of the individual, but this particular girdle also contains very specific prayers to protect women in childbirth and references various saints also related to women and childbirth.

"We do not know how the girdles were worn, but there are suggestions due to the dimension of the object (long and narrow), that they were physically worn like a chastity belt or girdle, to help support the pregnant women both physically and spiritually," Fiddyment said in a university news release.

The researchers detected human proteins matching cervico-vaginal fluid, which would indicate active use of the girdle in pregnancy/childbirth. They also detected honey, milk and plants, which are documented for their use in pregnancy and childbirth.

"The fact that we have been able to detect these specific additional non-human proteins further reinforces the evidence that this girdle was actively used in late pregnancy and childbirth, and also gives supporting evidence that these documented treatments were actually used," Fiddyment said.

The relic, which dates to about 1500, is in the Wellcome Collection in London. The study was published March 10 in Royal Society Open Science.