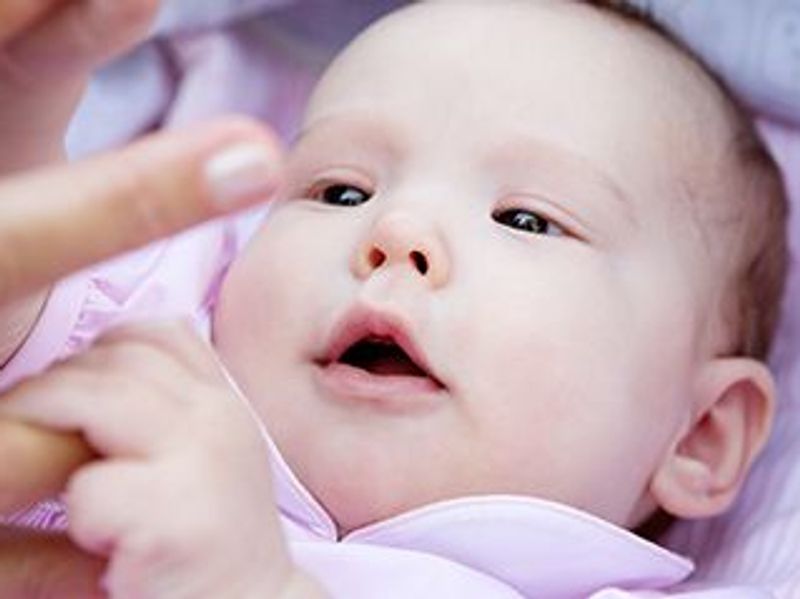 Cancer-causing human papillomavirus (HPV) is considered a sexually transmitted infection, but a new study shows that many babies are born carrying the virus in their mouths.

"In brief, HPV infection can be acquired at early age or even at birth," said lead researcher Dr. Stina Syrjanen, head of oral pathology and oral radiology with the University of Turku's Institute of Dentistry in Finland. "These infections are asymptomatic and, in most cases, not visible" in the mucous membranes of the mouth.

Worse, HPV infection will persist for months or years in a significant portion of these newborns, increasing their long-term risk of developing cancer or other health problems, experts said.

Researchers found that 23% of 331 children delivered in Finland had an oral HPV infection at birth, likely contracted from their mothers, according to a study to be published in the March issue of the journal Emerging Infectious Diseases.

The researchers also found persistent HPV infection in about 15% of the children during six years of follow-up, noted Dr. Sean O'Leary, vice chair of the American Academy of Pediatrics' (AAP) Committee on Infectious Diseases.

That could pose a long-range risk to their health, although the extent of that risk is unknown for now, O'Leary said.

"These young children, certainly 15% of them are not going to go on to develop cancer from their HPV," O'Leary said. "Some of them will clear it. But we don't really have a good understanding of who will clear it and who won't."

The most likely route of infection is via the birth canal during delivery, but Syrjanen noted that all possible routes are "not yet fully established."

"Our study provides evidence that a mother carrying HPV in her mouth could transmit her offspring at early age -- i.e. mouth-to-mouth transmission," Syrjanen said. "Another possibility is the transmission during the delivery from the maternal genital area to newborn, which route is supported by several studies."

It's also possible that HPV could be acquired during pregnancy, with the infection passing from mother to child in utero, Syrjanen added.

There is no antiviral treatment for HPV, and vaccination cannot ward off future infection from an HPV strain to which a person has already been exposed, O'Leary said.

Children infected at birth must rely on their own immune system to fight off HPV, and will not be able to acquire vaccine immunity from the strain they caught, O'Leary said.

"The most common HPV variant they reported was HPV-16, which is the No. 1 cause of HPV-associated cancers," O'Leary said. "That's the one of the ones the vaccine covers."

The AAP recommends that children receive the vaccine between the ages of 9 and 12, O'Leary said.

"The earlier the better, frankly, because you get a better immune response," O'Leary said.

A mom vaccinated against HPV can't pass the virus on to her baby, and also will provide the infant some innate immunity, Syrjanen said.

"There is evidence that the mother can transfer her HPV antibodies to the newborn, which might protect the infant from long-lasting infections," Syrjanen said. "Infants born to HPV-vaccinated mothers have higher HPV antibody levels, providing passive immunization against HPV."

The U.S. National Cancer Institute has more about HPV.